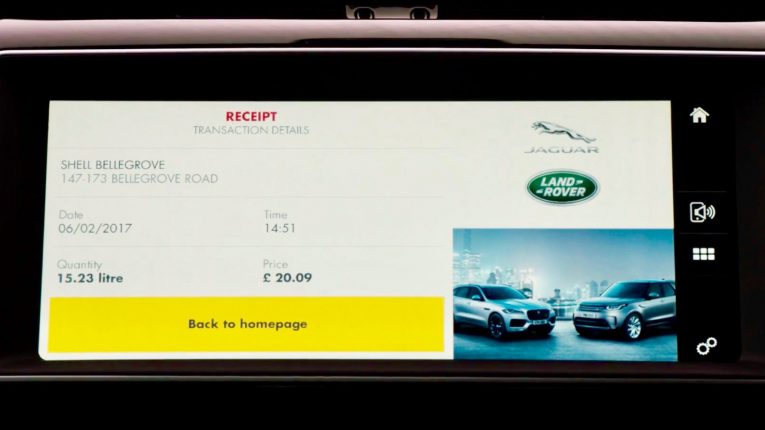 Jaguar has announced a new in-car fuel payment feature that it says works with Apple Pay. The feature is only available at Shell stations starting in the UK, but Jaguar says it “will become available later this year in other markets.”

“Rather than using a card at the pump, or waiting in the service station, owners who install the Shell app can simply drive up to any pump at a Shell service station (initially in the UK and then globally) and use the vehicle’s touchscreen to select how much fuel they require and securely pay using PayPal or Apple Pay. Android Pay will be added later in 2017.”

In-car fuel payments are available as part of the Shell app on 2018 Jaguar F-PACE, XE and XF models according to the announcement. You still need to pump your own gas, but you do avoid insecure credit card readers. Jaguar says in-car payments for fuel is only the beginning as they want to add parking and food order payments in the future.

Some gas stations support Apple Pay at the pump with updated payment terminals, although these aren’t as common in the U.S. yet. 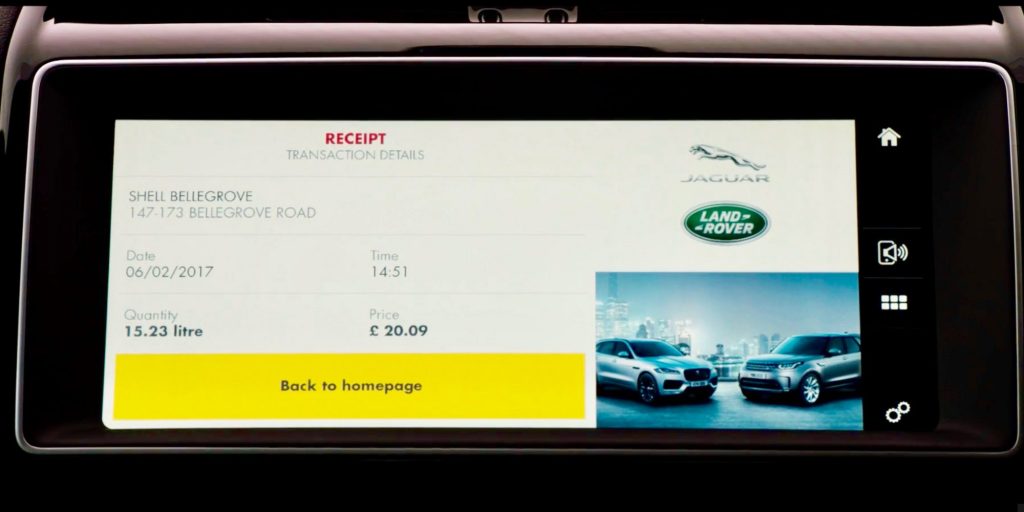