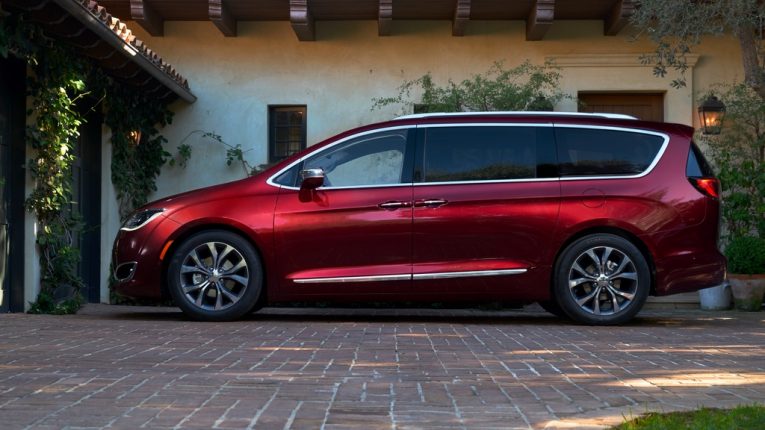 The all-new 2017 Chrysler Pacifica minivan has earned a highway-cycle fuel-economy rating of 28 miles per gallon (mpg) from the U.S. Environmental Protection Agency (EPA) – a benchmark unsurpassed by any minivan on the market.

It is also 12 percent better than the vehicle Pacifica replaces. And when the broader environmental impact of the Pacifica’s fuel consumption is examined, the Chrysler brand’s all-new minivan is nine percent greener than the outgoing vehicle.

“The Pacifica isn’t just engineered for today,” says Mark Chernoby, Chief Operating Officer Product Development and Head of Product Portfolio Management for FCA’s Group Executive Council. “This vehicle is designed and crafted to enhance the lives of our customers for years to come.”

The nine-percent differential is a reflection of Global Warming Potential (GWP), which considers the environmental impact of fuel production and delivery, along with the implications of its consumption. FCA US LLC engineers used industry-standard software to calculate and compare the all-new Pacifica’s GWP with that of the outgoing vehicle, over 124,274 miles (200,000 km) of operation.

The all-new Pacifica’s efficiency is further reflected in its city- and combined-cycle fuel-economy ratings of 18 mpg and 22 mpg, respectively. The latter marks a 10-percent jump compared with the outgoing vehicle, while the former delivers a 5.9-percent gain.

Credit, in part, its engine – a direct descendant of the celebrated Pentastar V-6, named three times to the prestigious list of Ward’s 10 Best. The redesigned 3.6-liter V-6 in the gas-powered Pacifica features two-step variable-valve lift (VVL), cooled exhaust-gas recirculation (EGR) and innovative engine-weight reductions that boost the engine’s efficiency and performance – all while preserving the smoothness that remains a hallmark of the Pentastar brand.

Mated to the upgraded engine is the newest member of the FCA US TorqueFlite transmission family. The first nine-speed automatic ever featured in a minivan, it benefits from a wide, 9.81 ratio spread and a unique calibration designed to deliver outstanding vehicle launch characteristics, smooth shifts and overall enhanced fuel efficiency.

The 2017 Chrysler Pacifica features a light, yet stiff unibody structure based on an all-new FCA vehicle architecture developed specifically for the global minivan front-drive E-segment. The Pacifica utilizes approximately 22 percent more high-strength steel than its predecessor, of which 48 percent is advanced high-strength steel for maximum stiffness and strength and optimal weight efficiency.

The Chrysler Pacifica is nearly 250 pounds lighter than its predecessor, while boasting torsional rigidity that is twice that of any current competitor.

The all-new minivan benefits from other light-weight materials. Its magnesium cross-vehicle instrument-panel beam affords greater stiffness without adding weight. The inner structure of the new minivan’s liftgate marks the industry’s first high-volume application of magnesium of this kind.

Further, the 2017 Pacifica benefits from a drag co-efficient of .300, which is best among its primary competitors.

Engine Stop-Start (ESS) technology arrives in market later, followed in the second half of the year by the Pacifica Hybrid – the industry’s first electrified minivan. The latter will deliver an estimated range of 30 miles solely on zero-emissions electric power, and in city driving, it is expected to achieve an efficiency rating of 80 miles per gallon equivalent (MPGe) based on U.S. EPA standards.