Home / DIY / How to Become a Better Driver: 7 Tips 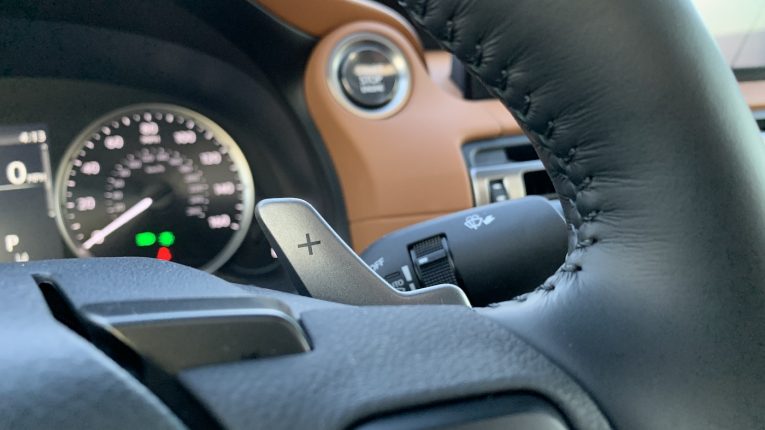 Nowadays, it’s so easy and accessible to learn how to drive – almost everyone gets their driver’s license before they turn 20 years old. But, with the accessibility boost, should come more responsibility as well. With roads only getting more crowded, it’s important to practice safe driving and be mindful of others. Unfortunately, a lot of people tend to look past this and still drive recklessly – even if it’s a seemingly insignificant mistake, it can still cause damage. That’s why everyone needs to strive to be the best. So here’s how to become a better driver with these 7 tips!

Regardless if you are a new driver or someone who’s been holding the wheel for years, chances are you’ll unintentionally pick up small bad habits, that might not even be a big deal in the grand scheme of things, they become a normal thing to you! But, owning a car is so much more than it seems, so many factors play into it. So it’s good to brush up on your knowledge, things you’ve learned back in driving school – it’s extremely important, especially if you are still a beginner and don’t have certain things ingrained in your mind. It might be redundant to go over the information and read about it, but being a better driver beats anything!

It’s important to remember that your car is a machine, and you need to take care of it. This means adjusting the mirrors so you can see better, seeing if your tires are not going flat – this can tremendously affect your driving experience and possibly save you from an accident. Also regarding your vehicle, it’s important to be under an insurance company. Even if you are young and just starting, Alabama cheapest car insurance offers enough to cover everything you need. Try to shy away from dismissing important technical and legal parts of being a driver, it’s your duty and responsibility to do so!

This might be a little obvious and self-explanatory, but a lot of drivers get distracted extremely easily while on the road, this can interrupt the driving a lot and even cause accidents among other things. This means no more answering calls or texting while driving, even if you are waiting at a red light – this is a bad habit, and you should learn to restrain from it! Also, try to avoid driving after hours, it can be quite dangerous if you are sleepy – especially if you are not used to driving at night, it can be hard to get used to. So if you are prone to fall asleep easily, try to avoid driving at night as much as you can! Keeping both hands on your wheel and don’t getting distracted is easier said than done, but it’s an absolute must!

Another quite obvious one, but you are only allowed to try if you are sober. Each day, there are more and more DIU cases, and unfortunately, people are still not choosing to do better. The thing with driving under influence is that no matter how small the percentage, you should never sit behind a wheel if you drank alcohol. Always find an alternative version to this situation like having a designated driver by your side! It’s important to keep yourself safe while on the road and to watch out for other vehicles as well. Only drive if you have a clear head, unless you want to get charged or even worse, hurt someone or yourself by doing something totally avoidable.

Sure, we live in a fast-paced world but that doesn’t mean you should drive like there’s no tomorrow! Speeding is never okay, no matter if you are alone on the road or not, even experienced drivers can lose control. But on the other hand you don’t want to drive too slow and disturb the traffic on the road – being careful is one thing, but being too slow isn’t the best idea. It;s all about keeping the balance and knowing the speed limits in different areas inside and outside of cities and towns. Driving normally and having an appropriate distance between vehicles on the road is key to being a successful driver!

Driving is both really complex but also such a basic thing – you do it, other people do it, what can go wrong? Accidents and mishaps happen all the time due to drivers being either inexperienced or simply reckless. But since there are no talking cars yet, you need to find a way to communicate with fellow vehicles on the road. Always indicate that you are making a move a few seconds before doing it and try to be mindful of drivers who are behind and in front of you. Road rage is real, and you should just avoid upsetting someone by not following the protocols. Mutual understanding is the only thing that will keep the roads good and easy!

Driving is a skill at the end of the day, as long as you keep practicing you’ll only get better at it. First time drivers are often struggling to relax and get used to their car – that’s totally reasonable and normal, but it shouldn’t frighten you too much. You already know all the protocols, all you need to do is follow them, and you’ll be good to go! After a few months of consistent driving, it will come naturally to you and you won’t remember what the fuss was about! Drive as much as you can, in the city during rush hours, in the countryside, or anywhere else you want to go – just keep switching locations and challenging yourself to get used to different situations!

At the end of the day, your safety comes first, but also so does the safety of your well of drivers on the road! That’s why everyone should strive to be a better driver in general. It’s all about having skills and following the law – then you’ll be good to go! So make sure you are well educated and ready to face the responsibility of someone who’s behind a wheel!

Share
Previous: Chevrolet Unveils 2022 Bolt EUV and EV
Next: When Is It Time To Trade In Your Old Car?