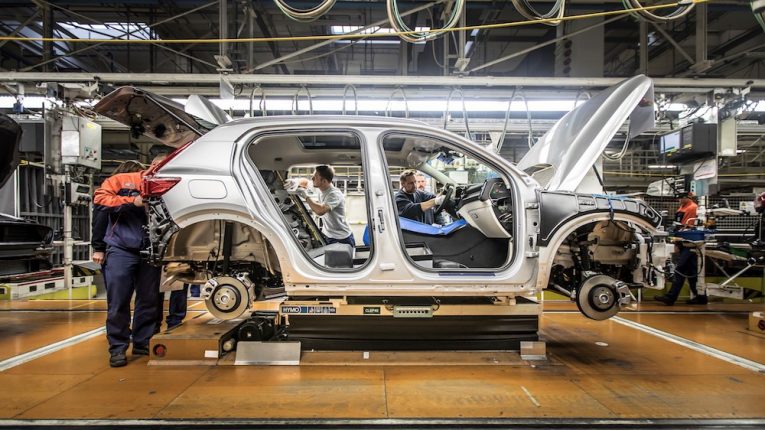 A new era starts for the Volvo Cars plant in Ghent, Belgium today as the first customer-bound XC40 small SUV is set to roll off the production line.

The new XC40, for which the company has already received over 13,000 orders, is Volvo Cars’ first ever small premium SUV. The first customers can expect to take delivery of their new XC40 early next year.

With the XC40, Volvo Cars enters the fastest growing segment in the automotive industry and the car paves the way for continued sales and revenue growth for the company. Joining its larger XC60 and XC90 cousins, the XC40 completes Volvo’s global SUV line-up.

The arrival of the first XC40 will be welcomed by a number of high-profile guests, including Belgian Prime Minister Charles Michel, Volvo Cars chief executive and president Håkan Samuelsson and Javier Varela, Senior Vice President Manufacturing and Logistics at Volvo Cars.

“This is a proud day for Ghent, the company and all our employees here,” said Mr Samuelsson. “Our people have put in long days and many hours to prepare the plant for the start of XC40 production and they have done a great job. The XC40 represents a bright future for Ghent and for Volvo Cars.”

The new XC40 is the first model on Volvo Cars’ new modular small car platform, the Compact Modular Architecture (CMA), which will underpin all upcoming cars in the 40 series. The CMA platform, co-developed with Geely, will provide Volvo Cars with the necessary synergies and economies of scale for the small premium car segment.

Preparations for the production start of the XC40 in Ghent have been ongoing for a long time. Considerable investments in recent years have transformed the Ghent plant into a global export hub for CMA-based cars, including an 8,000 square metre addition to the body shop.

A total of 363 new robots have been installed, including one which has been nicknamed “the Beast” by Ghent employees. This large robot, unique within Volvo Cars’ global manufacturing system, is used to lift lower car bodies to a conveyor belt close to the ceiling of the plant.

Ghent is one of two car manufacturing plants operated by Volvo Cars in Europe and has produced Volvos since 1965. Until recently it produced the first generation of Volvo’s best-selling XC60 mid-size SUV, while the Ghent plant also builds the V40 and V40 Cross Country small hatchbacks as well as the S60 and V60.

Volvo Cars’ other European plant is located in Torslanda in its home country Sweden. The company also operates two vehicle manufacturing plants in China, while a US plant is under construction in the state of South Carolina and slated for opening in the second half of 2018. 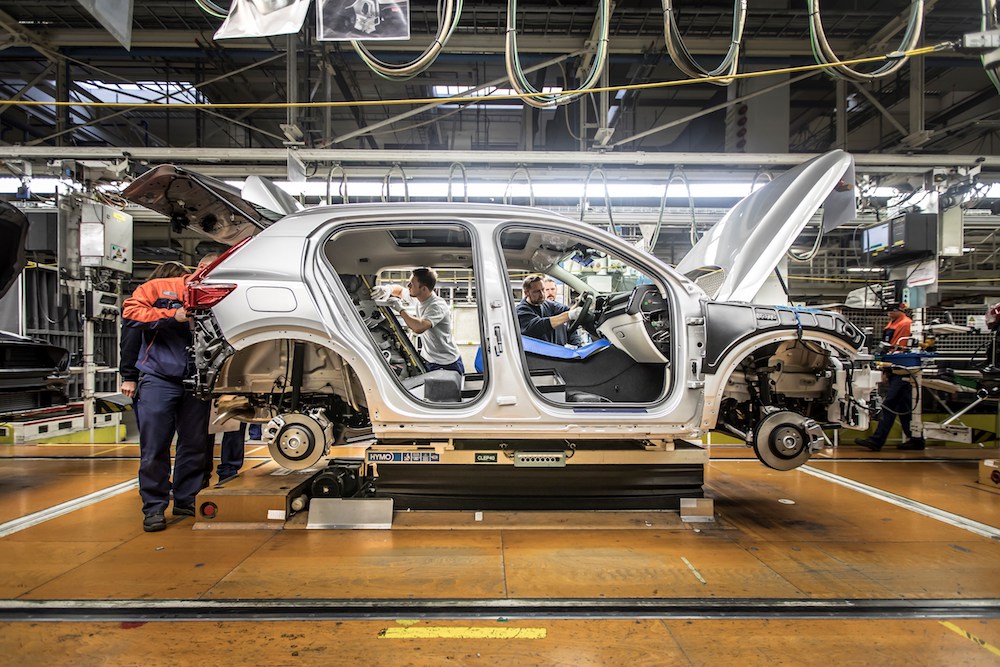 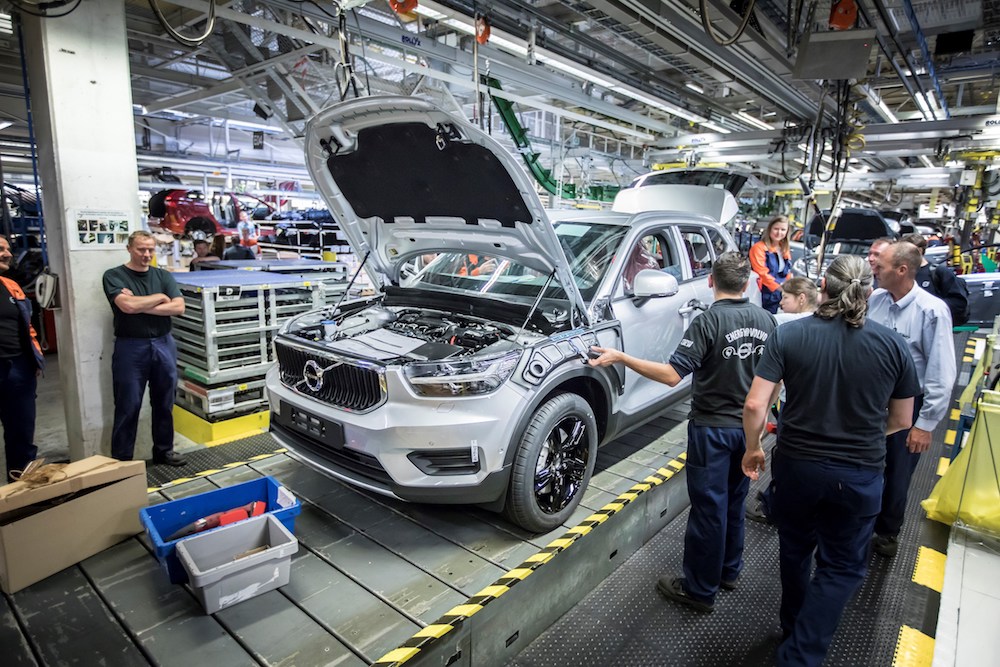 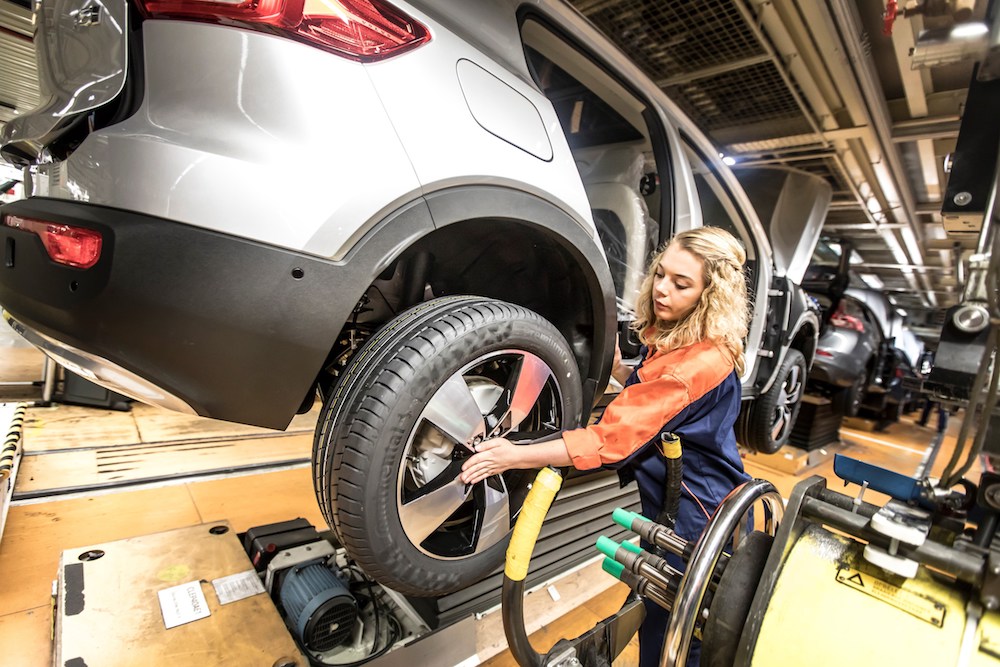 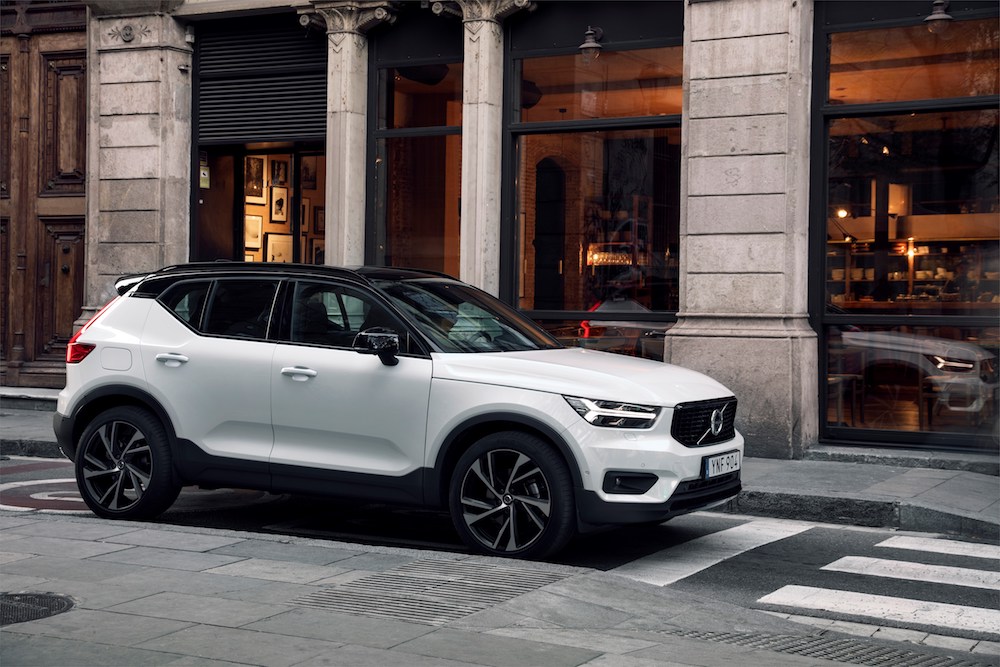