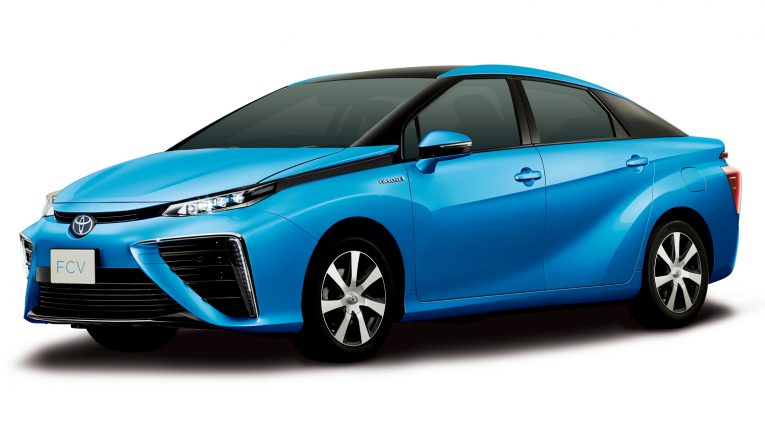 Toyota  has revealed the exterior design and Japan pricing of its hydrogen fuel cell sedan, first unveiled as a concept at the Tokyo Motor Show last year.

The car will launch in Japan before April 2015, and preparations are underway for launches in the U.S. and European markets in the summer of 2015.

In Japan, the fuel cell sedan will be priced at approximately 7 million yen (MSRP; excludes consumption tax). Initially, sales will be limited to regions where hydrogen refueling infrastructure is being developed. U.S. and Europe prices have not yet been decided. Likewise, more detailed information, such as specifications, exact prices and sales targets, will be announced later.

Hydrogen is a particularly promising alternative fuel since it can be produced using a wide variety of primary energy sources, including solar and wind power. When compressed, it has a higher energy density than batteries and is easier to store and transport. In addition to its potential as a fuel for home and automotive use, hydrogen could be used in a wide range of applications, including large-scale power generation.

Toyota has been developing fuel cell vehicles in-house for more than 20 years. Toyota’s fuel cell system includes a proprietary FC Stack, which generates electricity from the chemical reaction between hydrogen and oxygen, and high-pressure hydrogen tanks. In 2002, Toyota began leasing the “Toyota FCHV”, a fuel cell SUV, on a limited basis in Japan and the U.S.

Significant improvements have been made to the FC system since 2002. The fuel cell sedan Toyota revealed today, for example, features performance similar to a gasoline engine vehicle, with a cruising range2 of approximately 435 miles and a refueling time of roughly three minutes. When driven, it emits only the water vapor produced by the reaction between hydrogen and oxygen.