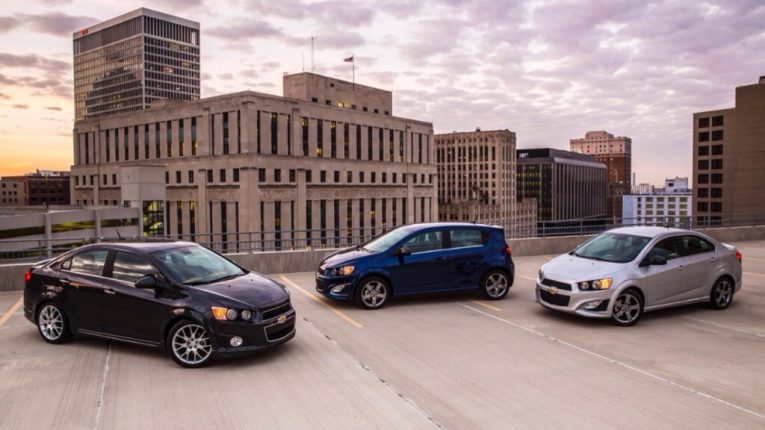 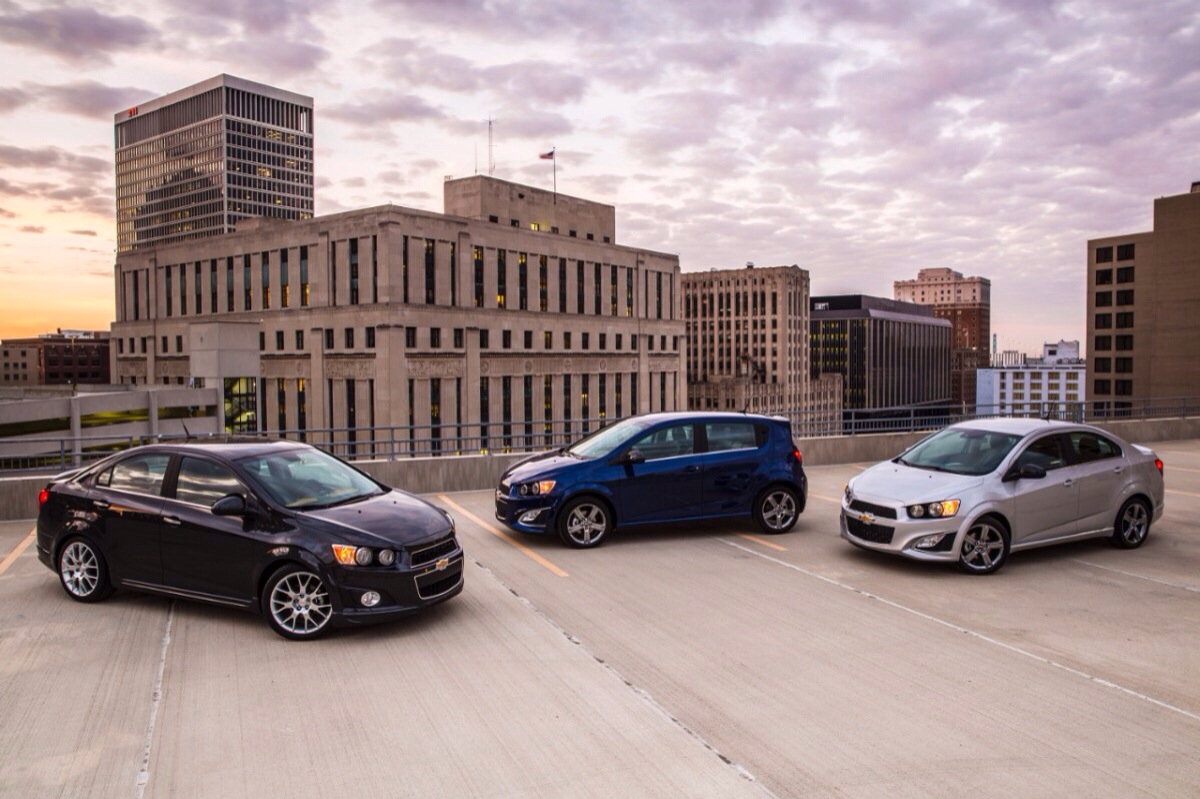 Chevy today announced two new sedan options for 2014 – the performance-inspired RS and the stylish Dusk. Keeping the Sonic fresh is one of Chevy’s main goals and we commend them for the superb effort.

Sonic RS sedan
The performance-inspired Sonic RS sedan joins the RS hatchback in the lineup and is powered by the Ecotec 1.4L turbo engine rated at 138 horsepower and 148 lb-ft of torque. Unique transmission gearing in the six-speed manual, or a 3.53 final drive ratio for automatic-equipped models, along with a sport-tuned suspension and lowered ride height, enhances the car’s performance feel.

One of the most dramatic Sonic RS cues is its front fascia, which has a deep air dam design that enhances the car’s road-hugging stance. Vertical intakes at the edges of the fascia reinforce a wide, low proportion and house the fog lamps. Interior refinements include:

EPA-estimated fuel economy ratings are the same as the Sonic RS hatchback – 27 mpg city and 34 mpg highway with the manual transmission.

Sonic Dusk is powered by the Ecotec 1.4L turbocharged engine, rated at 138 horsepower and matched with six-speed manual and automatic transmissions. EPA-estimated fuel economy ratings are 29 mpg city and 40 mpg highway, with the manual transmission.

Both models go on sale in the spring of 2014 and will be manufactured at Orion Assembly in Michigan. Sonic is the only subcompact assembled in America.