//pagead2.googlesyndication.com/pagead/js/adsbygoogle.js
Home / DIY / Why Are People So Obsessed With The Jeep Wrangler? 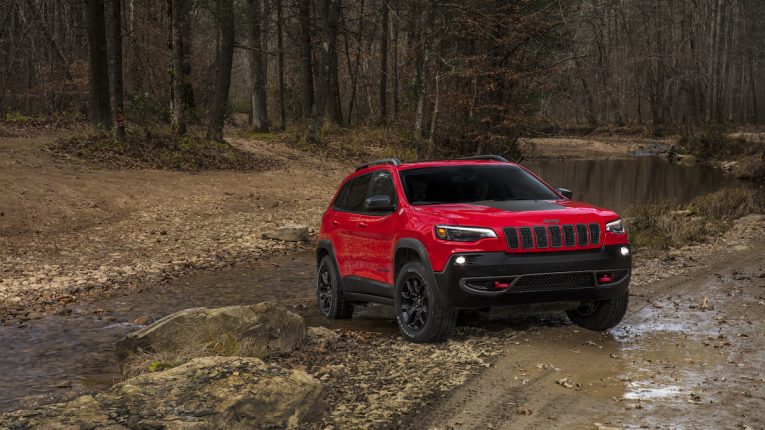 The Jeep Wrangler is a vehicle that has been with us in one form or another for more than 70 years. At first, it was just a practical tool. But over the years, it’s become something of a national obsession. Everyone wants one, and now Jeep is trying to build them and ship them out to more people to meet demand.

So what is it, exactly, about this vehicle that captured the spirit of the nation? Let’s take a look.

It Was A Wartime Hero

The Wrangler isn’t just a commercial vehicle. It’s also become an emblem of military operations. The US has been using the vehicle in practically every major armed conflict since 1941. It’s almost become a symbol in and of itself, widely admired by servicemen and women for its applications in the field.

If you take a look at most modern SUVs, they look nothing like their predecessors. Modern Range Rovers, for instance, are almost unrecognizable from the cars that originally launched the brand.

But that’s not true of the Wrangler. While it is now much more comfortable to drive down highways than it used to be, it still retains its DNA. If you took off the doors, it would still look very much like the 1940s original, albeit with a few upgrades here and there.

Despite Jeep adding new technology to each line of Wrangler, many people remain obsessed with older vehicles, dating all the way back to the 1970s. Once you find a good diesel mechanic, there’s virtually nothing you can’t put right. Jeep made the vehicles gloriously simple in the past, allowing owners to tinker with them, and completely restore them if they wanted to.

Then there’s the freedom aspect. The Jeep Wrangler is a vehicle that you can take offroad and it’ll never let you down. Early models of the vehicle used leaf-sprung suspension. However, after 1997, coils became standard.

After 2007, Jeep extended the wheelbase by a couple of inches to give the vehicle more stability. They also added a stiffer frame and better shocks, with electronic differentials to boot.

The most recent Wrangler, dubbed the “Unlimited” has a much longer wheelbase than its predecessors, meaning that it behaves itself more on the highway. It’s capable of putting out an impressive 285 bhp which gives you more than enough power in sticky situations.

It Can Survive The Torture Test

To really understand the miracle of the modern Jeep Wrangler, you need to torture test it offroad. The trick is to find a patch of ground that you think is impossible to cross and then see whether your Wrangler will get through it. Yes, you’ll need to take a winch with you, but the main objective is just to get a sense of what the vehicle is capable of. It’s more than you might think.

Naturally, if the performance isn’t quite up to standard, you can always modify your Wrangler. In fact, the simple engine compartment and cabin almost encourage you to do so.

Share
Previous: The 3 Most Common Off-Roading Mistakes To Avoid
Next: How to Jump Start a Car With an Electric Vehicle