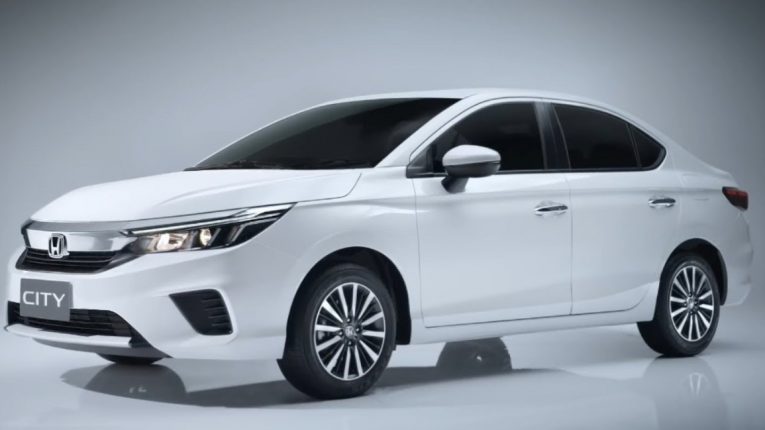 The New City and City Hatchback are one of Honda’s main releases in recent years. Now, the Japanese brand kicks off the sedan version of the City, which has just pre-ordered at the manufacturer’s dealerships, so those interested in the new Honda City 2022 can already book it.

Returning to New City, the sedan can be booked now at Honda dealerships in three different versions: EX which costs R$ 108,300, EXL for R$ 114,700 and the top of the line Touring that does not leave for less than R$ 123,100. It is worth remembering that these prices are valid for the whole of Brazil, except for the State of São Paulo and the city of Manaus (AM).

In this new generation, the City Sedan grew 94 mm in length, passing to 4,549 m, and also became 53 mm wider, now measuring 1,748 m. The height, however, was reduced by 8 mm, which resulted in 1,477 m. In general, the sedan gives the feeling that it got bigger compared to the previous one. The 2.600 m wheelbase remains the same, but the new internal configuration now offers more space for occupants. The trunk has generous space and is also highlighted with its 519 liters of capacity.

It is worth remembering that the pre-sale now is only for New City, the duo’s sedan. City Hatchback will take a little longer to reach the market, with the first units coming to stores only in March 2022, while its pre-sale will start in January – the same period that hatch prices, which will have the mission of competing in the market with Chevrolet Onix, VW Polo and Fiat Argo, will be revealed.

Since the entry version, the new City Sedan comes equipped as standard with motor start button, face-to-face key for access and departure, digital air conditioning, new multimedia center with 8-inch screen with Android Auto and Apple CarPlay wireless and reverse camera. You can also have the Honda Sensing system, offered for the first time in a model manufactured in Brazil and that adds adaptive autopilot, track maintenance assistant, automatic braking system with front collision alert and automatic high headlight.

Both the New City and the City Hatchback will come with the new 1.5 aspirated and direct injection engine, which delivers 126 hp at 6,200 rpm and 15.5 kgfm of torque at 4,600 rpm, always working with a CVT-type automatic transmission. According to Inmetro figures, the City sedan has consumption in the city of 9.2/13.1 km/liter (ethanol/petrol) and, on the road, 10.5/15.2 km/liter.

New City can be pre-ordered in three versions and with six different colors: Taffeta White (solid paint); Cosmic Blue, Platinum Silver and Barium Gray (metallic); and Topaz White and Crystal Black (pearlized). It is worth remembering that the Touring version always has a white leather interior when the body comes in Topaz White, Barium Gray and Cosmic Blue colors. For the other colors, the leather will be black.

Share
Previous: Small Dents And Scratches: Are They Worth Getting Fixed?
Next: Why You Should Switch To An Electric Car!