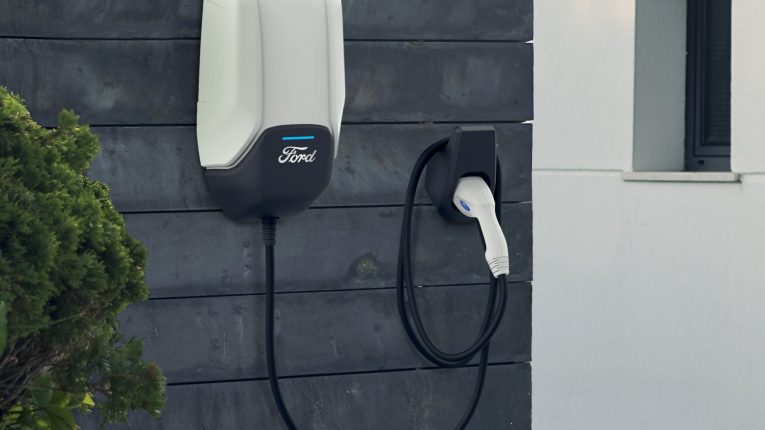 The news that an all-electric F-150 is coming has been quite a shock to many. Ford kept it quiet while Tesla touted its truck.  It looks like the 2022 Ford F150 Lightning may make it to American driveways ahead of Tesla and possibly ahead of the GMC Hummer electric truck.

So where does this new truck fall in the lineup? Is it a game changer that will upend the Ford hierarchy as we know it?  This could allow the F150 to break into European markets and other places which are requiring zero emissions for all vehicles.

Which One Has the Most Horses?

The basic battery for the 2022 Ford F150 Lightning Pro is expected to generate 426 horsepower. That’s more than the base F-150 V6 with its 290 horses.  It’s also more than Ford’s 2.7-liter turbo V6 which generates 325 horsepower.  Likewise, the electric produces more than the 3.5-liter EcoBoost, which gained 25 horses recently to match up with Ford’s V8.

A new Ford F-150 Hybrid is the only current truck with more horsepower apparently. It’s listed at 430 horses thanks to its electric boost. If you expected the Power Stroke Turbo Diesel to have more horsepower than the electric, then you are remembering the old V8 diesels. This turbo diesel actually has a high rate of torque, allowing it to operate with 250 horsepower.

Here it gets even more interesting.  The electric truck’s output is a remarkable 775 lb-ft of torque. That’s more than any 2021 Ford F150.  The lowest gas-powered torque rate is 265 lb-ft. The Ecoboost and other models see a quick jump up to 400, 410, or 500 lb-ft. Clearly Ford is banking on that high rate of torque to help the electric truck compete with its gas-powered or diesel-powered relatives.

What is the Tow Rating?

The truck’s high-energy output will make it fun for the driver, but how does it affect payload and tow ratings?  The 2022 Ford F150 Lightning can tow a maximum of 7,700 pounds or haul a maximum of 2,000 pounds. This is close to F150 V6 capability.

The optional battery takes the tow rating up to 10,000 pounds. That is truly competitive

The low entry level price, less than $40,000, can be reduced further by federal tax incentives.  From this standpoint, the fact that an electric truck can be had for close to the price of the base F-150 is definitely a selling point.

With all these facts in mind, it’s hard to determine where the F150 Lightning belongs in the current line-up.  Perhaps that’s a signal that this electric truck marks a real departure from current trends.

No doubt, Ford is positioning itself to challenge Tesla, GMC and any other electric truck manufacturers on the horizon. Will the all-electric Lightning Pro upend the Ford lineup? The combination of high energy output, decent capability, and reasonable price suggest that it has a good chance.