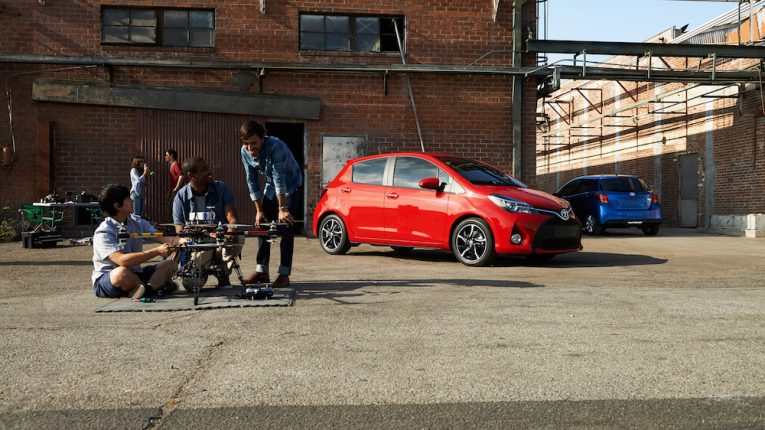 The small car has been around for a long time. Some might argue that the Fiat 500 was the very first to start of the small car theme. That might be true but it wasn’t the car that made small cars popular around the world. The car that perhaps started it all is the famous Mini. It was small, agile and easy to drive making it fun for the average driver. And of course it was British so it still to this day holds a near and dear place in our hearts. However, then came the slightly larger small cars in the way of the Peugeot 205, the Volkswagen Golf, the Ford Ka and then the Fiesta, along with Japanese variations such as the Suzuki Swift and Toyota Yaris. So now we head into the modern era and the small car is still going strong. Car journalists might have once said that the small car will get squeezed out sooner or later as hatchbacks become more affordable but they were wrong. There’s a reason why small cars keep selling and it’s not just because of the price tag. Pitting the British version against the South Korean version will show you why.

Vrooming in the Viva

Vauxhall is a name that holds much affection in the hearts of the British. It’s one of the lads, a car company that makes cars for working class people who also want a bit of fun when they drive. The small car that they make is the New Vauxhall Viva. It’s a 5-door with a 1-liter engine that will push the little thing up to 106 mph. Of course as you would expect the engine is not going to be tearing up the streets but it will be doing over 60 mpg quite easily. Therefore if you plan on doing short journeys on the highway or just keeping it as your everyday car, you can expect to save a lot on fuel costs. The handling then is the second most important thing after practicality. Vauxhall noted that the spring tension must be softened a little more to give the ride more comfort and the ability to drive over rough surfaces such as cobblestone streets and not jolt the occupants so much.

Hauling in the Hyundai

Perhaps the most serious competition for the Viva is the Hyundai i10. The car has a short wheelbase, which can make it feel stiff but also nimble. It has a slightly larger engine option of 1.2-liters but only pushes out around 57-61 mpg. You can still go with the 1.0-liter engine but the power band is smaller than in the Viva. The steering is nonchalant so there’s not much feedback, however the gear change with the stick is surprisingly above average. The car can be pushed to 96 mph but if you want to go beyond triple digits you’ll have to get the larger less efficient engine.

It depends on what kind of car you want. Do you want the car that is more suited to the city? Then buy the i10. If you want a car that is versatile and can do pretty much everything you ask of it, then the Viva is your choice.

Share
Previous: Buying A Car On A Budget
Next: Does It Look Right? Putting Your Own Personal Stamp On Your Car