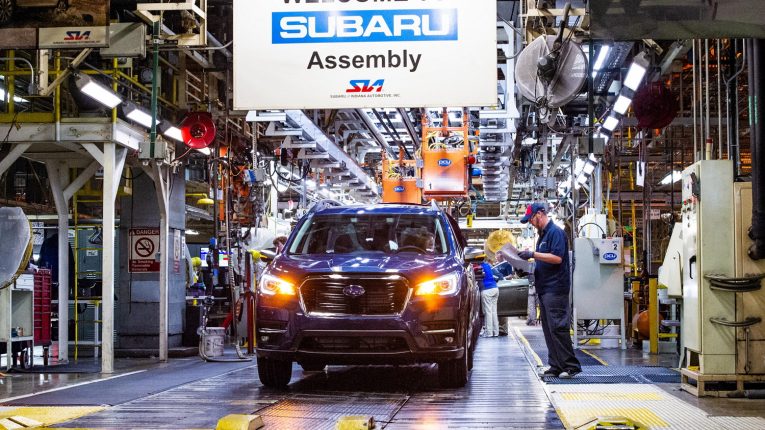 Official production of the Subaru Ascent, a new three-row SUV that will seat up to eight passengers, began at Subaru’s Lafayette, Indiana plant yesterday. The addition of the vehicle to the production mix signifies about 200 new jobs and $140 million in equipment and expansion investments.

Ascent joins three other Subaru models produced at the plant: Outback, Legacy and Impreza. Subaru of Indiana Automotive, Inc. has seen substantial growth in the last five years, adding more than 2,000 Associates to the team during that period. The positive economic impact of that growth is clear in the investment Subaru has made to increase SIA’s production capacity to prepare for Ascent and Impreza production. SIA invested nearly $1.5 billion over the past five years.

“The Subaru Ascent is a great addition to our production line-up,” said Tom Easterday, Senior Executive Vice President of SIA. “Production of this outstanding new family vehicle allowed us to create hundreds of new jobs at SIA, and also at our suppliers in Indiana and across the country.”

SIA will produce about 400,000 vehicles annually with the addition of the Ascent, and SIA Associates have built over five million vehicles since SIA’s start of production in September 1989.

The all-new 2019 Subaru Ascent will be available for sale in mid-2018. The three-row SUV is the biggest vehicle in the Subaru line-up.