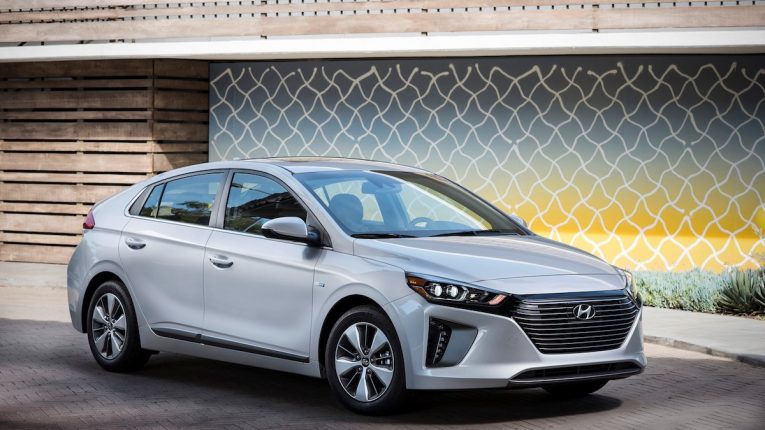 Hyundai has added the 2018 Plug-in Hybrid model to its popular Ioniq line-up for the 2018 model year, along with new features for Ioniq Hybrid and Electric models. The growing eco-focused Ioniq line-up is the first to offer three distinct electrified powertrains on a single, dedicated vehicle platform. Hyundai’s approach for the Ioniq line delivers an uncompromising design and driving experience coupled with the latest in safety and convenience technologies, making it an appealing choice for a wide range of buyers.

The new 2018 Ioniq Plug-in Hybrid and other models offer a sleek, aerodynamic silhouette with an industry-leading 0.24 Cd derived from carefully designed surfaces. The Ioniq employs efficiency and technology in its design to create both a unique and forward-looking appearance. Throughout the entire development phase, engineers and designers worked closely to ensure that form and function evolved simultaneously in a complementary fashion. Its fluid exterior shape and smooth air flow channels emphasize aerodynamic body lines and design forms.

Developed for high energy efficiency without compromising driving performance, every Ioniq powertrain represents a unique and uncompromising solution towards a cleaner means of mobility.

The new 2018 Ioniq Plug-in Hybrid provides an all-electric range of more than 29 miles, 119 MPGe in EV mode and 52 MPG in hybrid mode based on EPA estimates, powered by a potent 8.9 kWh lithium-ion polymer battery. The Ioniq Plug-in Hybrid features a new Kappa 1.6L direct-injected Atkinson-cycle four-cylinder engine with an unsurpassed thermal efficiency of 40 percent and delivering an estimated 104 horsepower and an estimated 109 lb.-ft. of torque. This engine has been specifically tailored to the hybrid application and is combined with a quick-shifting six-speed double-clutch transmission – differentiating Ioniq from its key competitors with a more dynamic and engaging driving experience. The Ioniq Plug-in Hybrid’s estimated 45kW (60 horsepower) electric motor is coupled with a 1.6-liter direct-injected Atkinson four-cylinder Kappa engine. The high-efficiency electric motor can operate at speeds up to 75 MPH and delivers instantaneous torque at low speeds, with available power-assist at higher vehicle speeds.

The Ioniq Hybrid’s electric motor delivers an estimated 32 kW (43 horsepower) with an estimated maximum torque of 125 lb.-ft., powered by a lithium-ion polymer battery with 1.56 kWh capacity. The battery is efficiently positioned under the rear passenger seats. In combination with the 1.6-liter direct-injected engine, Ioniq Hybrid offers a total system output of 139 horsepower while providing low emissions, outstanding efficiency and range. The Ioniq Hybrid Blue model has an EPA-estimated 58 MPG combined rating, the highest rating of any non-plug-in vehicle sold in the U.S. market.

The Ioniq Electric offers pure electric mobility with a 28 kWh lithium-ion polymer battery for an estimated driving range of 124 miles. The electric motor has a maximum output of 88 kW (118 horsepower) and 218 lb.-ft. of torque mated to a single-speed reduction-gear transmission. The Ioniq Electric has an EPA-estimated 136 MPGe rating, the highest efficiency rating of any electric vehicle sold in the U.S. market. 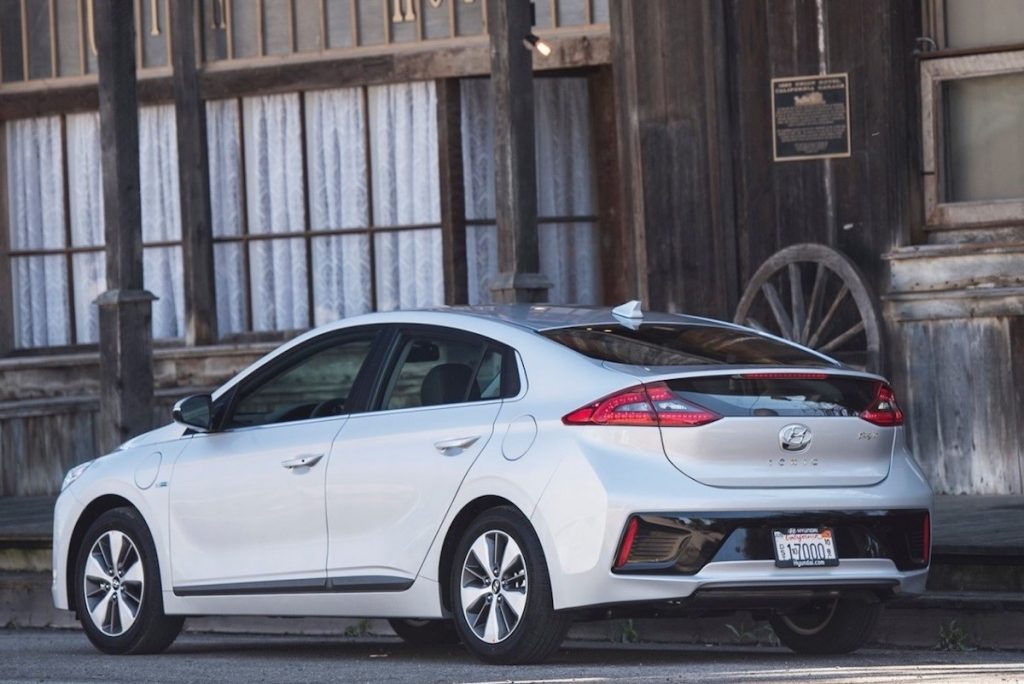 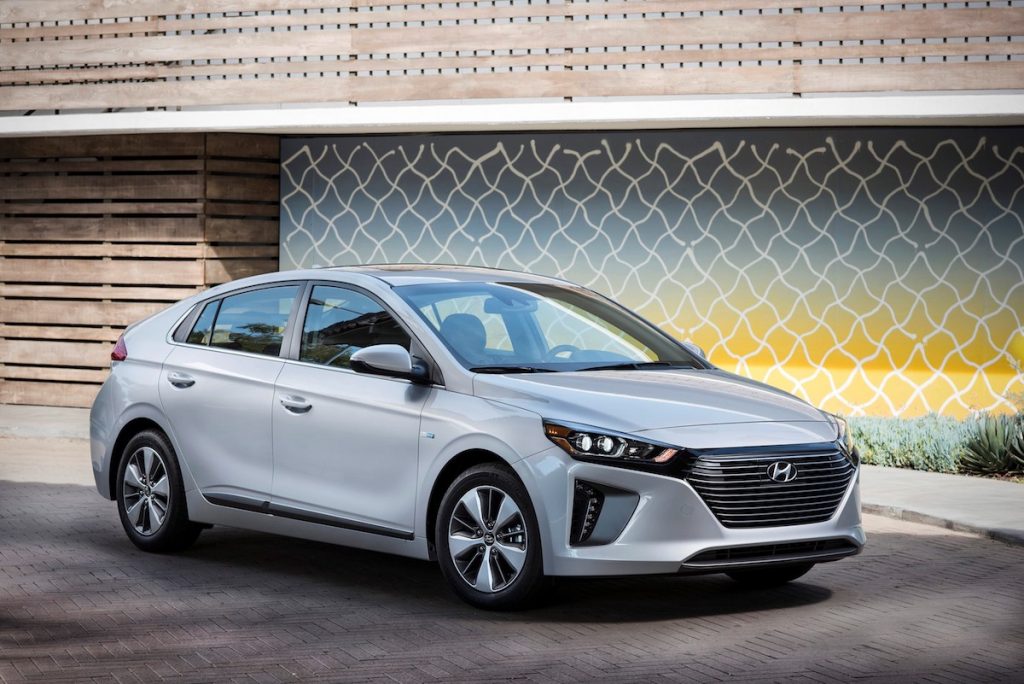