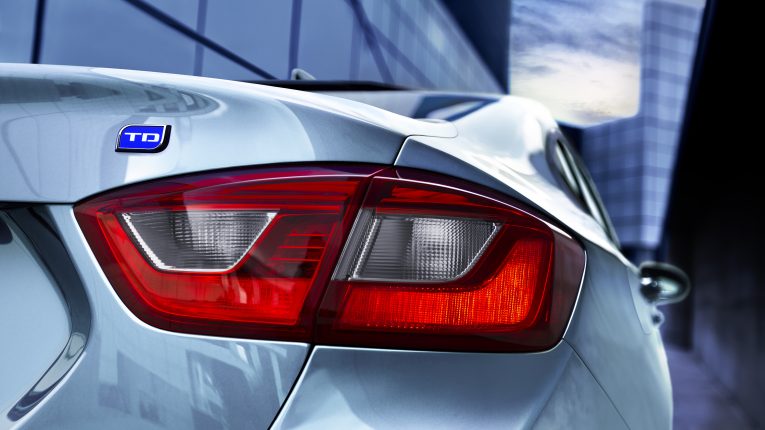 The 2017 Cruze Diesel Sedan offers up to an EPA-estimated highway mileage of 52 mpg — the highest highway fuel economy of any non-hybrid/non-EV in America. Based upon the EPA highway estimate, Cruze Diesel with the six-speed manual transmission has an estimated range of up to 702 highway miles on one tank of diesel fuel.

“Chevrolet is dedicated to offering customers a wide range of propulsion options. We know there are customers looking for the right combination of fuel efficiency, driving dynamics, fuel type and more. With the EPA-estimated 52-mpg highway Cruze Diesel Sedan, they can get it all,” said Steven Majoros, director of Chevrolet Marketing.

Buyers will be able to option their Cruze Diesel Sedans with either a standard six-speed manual or a new, optional Hydra-Matic nine-speed automatic transmission that includes fuel-saving stop/start technology.