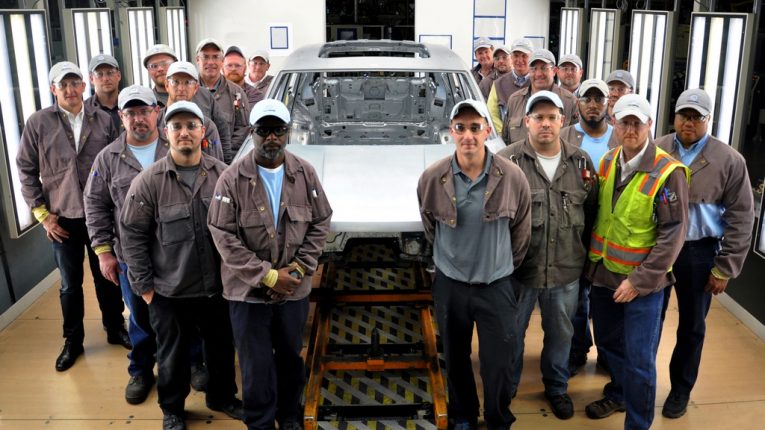 Volkswagen Chattanooga has reached an early production milestone with the completion of the first assembled metal test body for the upcoming Midsize SUV.

The production of the first assembled metal test body is an early step towards the full production of the Chattanooga-made Midsize SUV, scheduled to begin production late this year and hit the market in 2017. The first test body build is for the purposes of checking the calibration of body shop equipment and processes. The body is then passed on for further testing and development.

This milestone was commemorated with a group photograph that included management and body shop team members who contributed to its production.