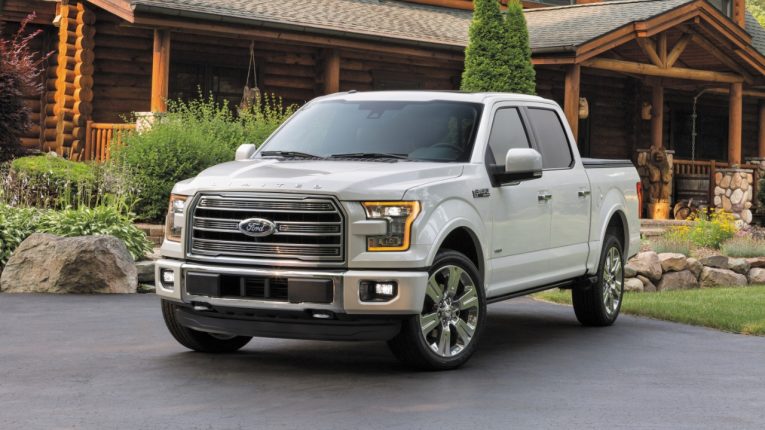 Ford today introduced its most advanced and luxurious truck ever – the Ford F-150 Limited.

The new Limited expands the F-150 model lineup – Ford’s toughest, smartest, safest and most capable F-150 ever – with more standard technology and driver convenience features than any other light-duty pickup. The Limited, a 2016 model, goes on sale this winter.

The 2016 Ford F-150 Limited stands out with exclusive 22-inch polished aluminum wheels and raised dimensional LIMITED lettering on the hood, unique grille and satin-finished chrome badge on the tailgate. The chrome front bumper has body-color end caps while the rear bumper is body color; bright belt moldings visually tie the two together. The exterior is further accented by satin-chrome door handles and chrome exhaust tip.

The standard equipment list is a showcase of the best F-150 Limited has to offer to make getting work done easier and with greater comfort.

All-new, segment-first Pro Trailer Backup Assist is available that makes it easier for drivers of all skill levels to back a trailer up to launch a boat or park in a driveway. The technology allows customers to steer a trailer instinctively by turning a knob left or right to indicate direction; the truck controls its steering and limits vehicle speed.

The 2016 F-150 Limited is powered by the 3.5-liter EcoBoost® V6, which allows for towing of up to 10,100 pounds when properly equipped. This advanced powertrain produces 365 horsepower and 420 lb.-ft. of torque – the latter unsurpassed by any truck with a comparable engine in its class1 – and has an EPA-estimated fuel economy rating of 17 mpg city, 24 mpg highway and 20 mpg combined.2