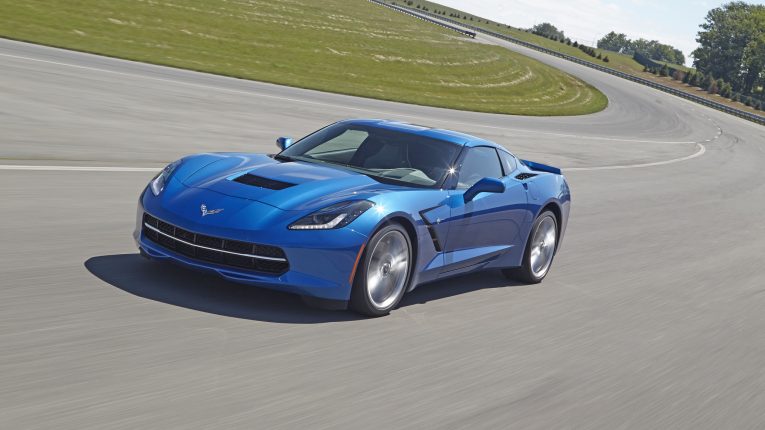 The all-new, paddle-shift eight-speed automatic transmission makes the 2015 Corvette Stingray faster and more fuel efficient, with 0-60 acceleration of only 3.7 seconds and an EPA-estimated 29 mpg on the highway.

“The Corvette Stingray is a great example of how we are leveraging engineering and technology to improve both efficiency and performance,” said Mark Reuss, GM executive vice president, Global Product Development, Purchasing & Supply Chain. “No other car can match 460 horsepower, 0-60 mph in better than 3.7 seconds, and 29 mpg on the highway.”

The Stingray’s 0-60 performance is 0.1-second quicker than the previous six-speed automatic, contributing to a quicker quarter-mile elapsed time of 11.9 seconds – a 0.1-second improvement over the six-speed auto.

Its 29-mpg highway rating represents a 3.5-percent increase over the six-speed. New eight-speed models are EPA-rated at 16 mpg in the city and 20 mpg combined.

The greater performance and efficiency enabled by the available, GM-developed Hydra-Matic 8L90 eight-speed automatic is due primarily to its 7.0 overall gear ratio spread, which enhances off-the-line performance with a more aggressive first gear ratio – 4.56 vs. 4.03 on the six-speed – helping achieve the quicker 0-60 time. It also delivers world-class shift times that rival the best dual-clutch design.

Advanced composite materials in the body structure and a lightweight aluminum frame, as well as aluminum and magnesium suspension components, support the Corvette’s efficiency with a low curb weight of only 3,298 pounds /1,499 kg (Stingray coupe). They also enhance performance by giving the Stingray an excellent power-to-weight ratio of 7.25 – or one horsepower for every 7.25 pounds of mass. That’s better than Porsche 911 Carrera’s 8.7 ratio and Audi R8 V-8’s 8.3 ratio.

For those who prefer a traditional manual-shifting driving experience, the 2015 Corvette Stingray is available with a seven-speed manual that delivers 0-60 times of 3.8 seconds and EPA-estimated 29 mpg on the highway.