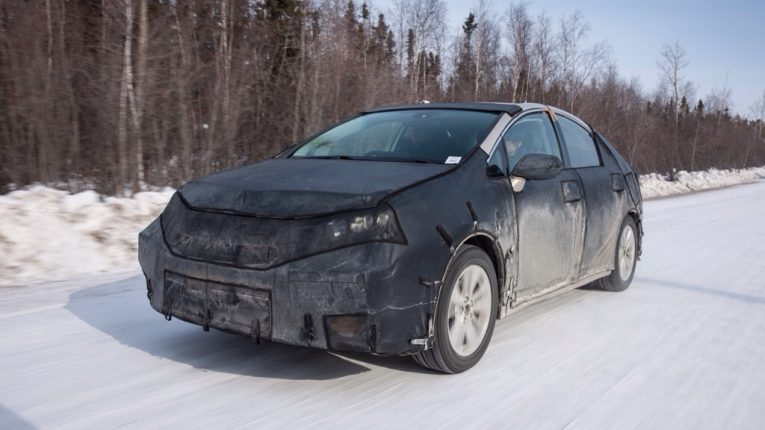 Record low temperatures have stranded many East Coast drivers, but not those driving a Toyota fuel cell hybrid vehicle. Connecticut-based Proton Onsite, which operates a fleet of ten Toyota FCHV-adv fuel cell vehicles, says that even in single digit temperatures, the FCHV-adv shows no signs of frostbite.

“We had another snow storm Tuesday night and this morning the temperature was 3 degrees,” says Mark Schiller, Proton vice president of business development. “I went out to my Toyota FCHV-adv and brushed off a foot of snow before starting the car right up. No problem.”

Unlike pure battery electric vehicles that can see reductions in driving range in extreme temperatures, fuel cell vehicles’ performance stands up to freezing temperatures. “I continue to get range of about 300 miles despite the cold and blasting the heater,” says Schiller. “The vehicle performed flawlessly.”

“Our employees have driven it to community and business-related events during one of Pennsylvania’s worst winters in recent memory,” says Nick Mittica, Air Products’ commercial manager, hydrogen energy systems. “The FCHV-adv has had great performance.”

That performance is by design. Over the last decade, the Toyota fuel cell fleet has logged millions of miles in some of the most extreme climates on the planet. In Yellowknife, Canada, where temperatures reach -30 degrees Celsius, fuel cell engineers spent weeks verifying cold weather start up, performance and durability. In Death Valley, they verified that it also can beat the heat.

Wherever they go, Toyota engineers are working to ensure the fuel cell vehicle can handle whatever is thrown—or blown—its way. So when it hits the road in 2015, cold-weather customers can chill out about everything but bundling up!