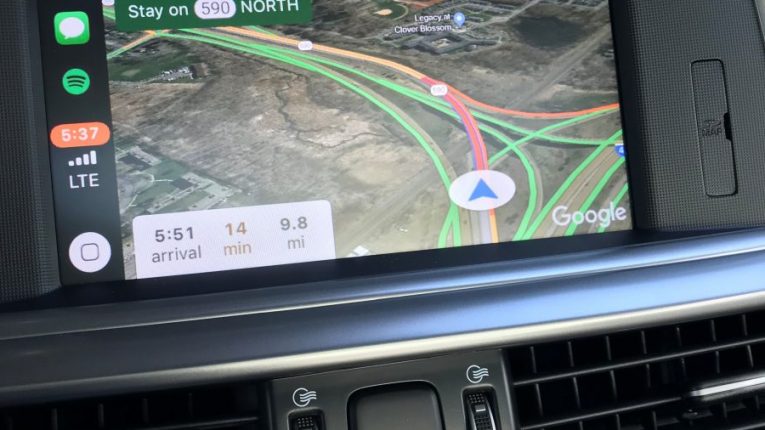 Sine Apple CarPlay debuted four years ago, Apple Maps has been the only option for navigation. Being able to use Google Maps was Android Auto’s biggest advantage, but that’s gone now. With the release of iOS 12 this week, the long-awaited support for Google Maps has officially arrived.

Apple Maps has improved over the years and insiders tells us there’s a big overhaul in the works, but Google Maps is a far superior navigation app with a better database of the latest business listings. Even for those who prefer to stick with Apple Maps, be sure to give Google Maps a try on CarPlay with the satellite maps option.

Getting Google Maps requires an update of your iPhone’s operating system to iOS 12.0. From there, you’ll need to update the Google Maps app from the App Store.

We really prefer the feel and function of Google Maps, especially the method to select destinations and the clear contrast of white font on a black background. Apple Maps tends to be heavy on the light font with light backgrounds.

Also look for traffic navigation app Waze (which is owned by Google) to appear soon; the CarPlay version is in beta and should be released in the very near future. 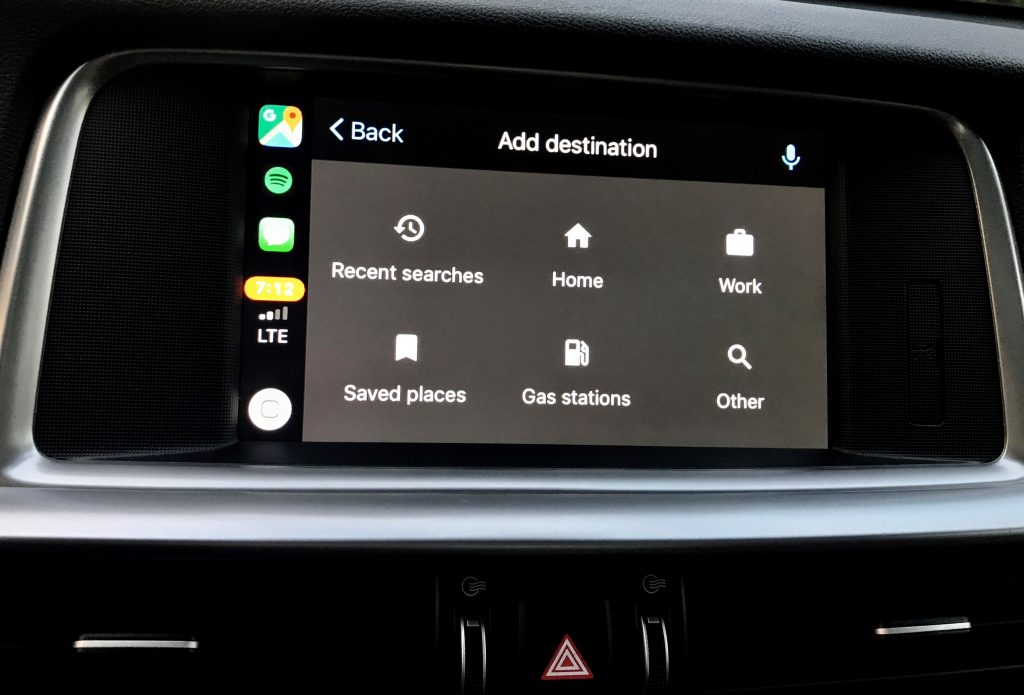 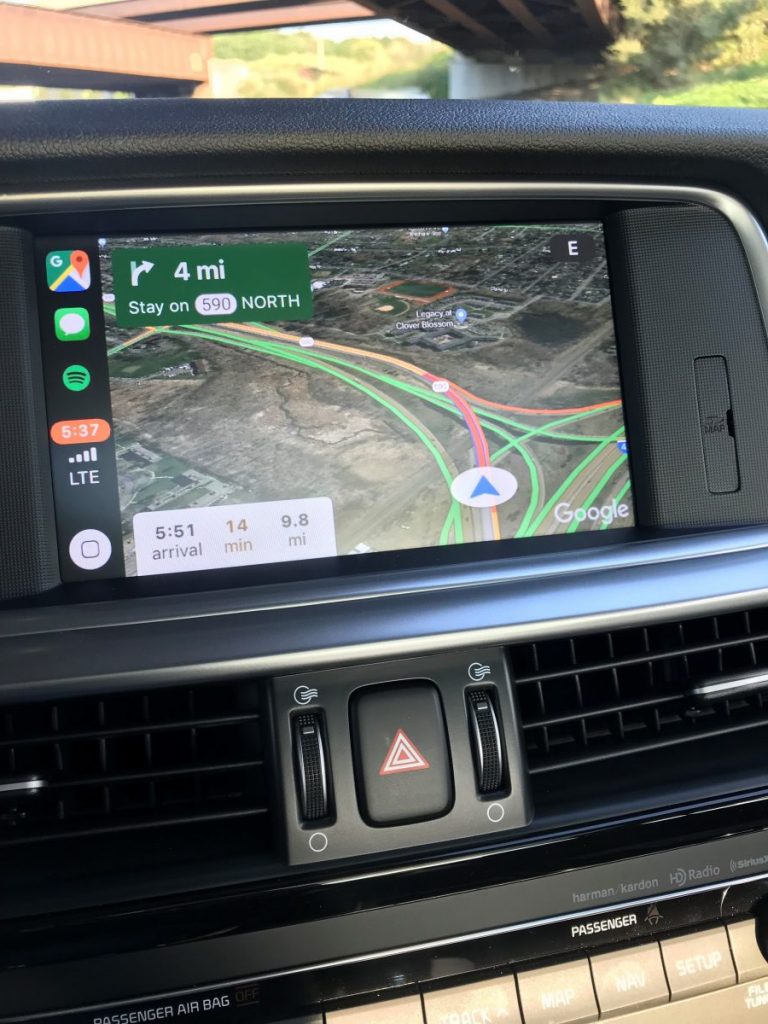