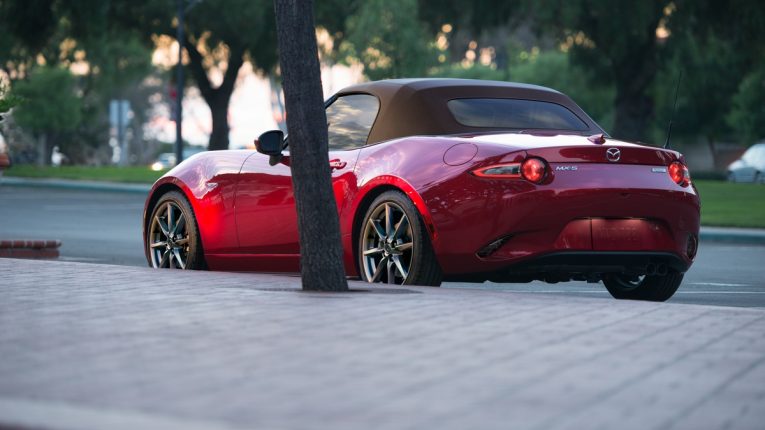 The Mazda MX-5 Miata has never been about power but for 2019, Mazda increased power output to give the little coupe a bit more punch. It also gains some improvements inside along with more safety equipment.

Redline has increased from 6,800 rpm to 7,500 rpm. Engineers were able to increase performance through several means, including:

As a result of the numerous changes, MX-5 is quicker, more responsive and aims to be more engaging to drive.

On the safety front, the new MX-5 will be sold with a new, standard rearview camera and newly available features such as Traffic Sign Recognition and Smart City Brake Support in addition to other i-ACTIVSENSE safety technologies found throughout various trim levels. In the process of gaining many new features, the 2019 MX-5 gains just 7 lbs. from previous models, owing to a strict adherence to Mazda’s “Gram Strategy” and ingenious solutions like adopting an aluminum steering shaft in place of the previous steel unit.

When the fourth-generation MX-5 launched, its development team rallied around the idea of innovating in order to preserve. The latest round of innovations aim to continue that mission.

The 2019 Mazda MX-5 will be available in this fall, with pricing, packaging and full specifications to be announced closer to on-sale timing.