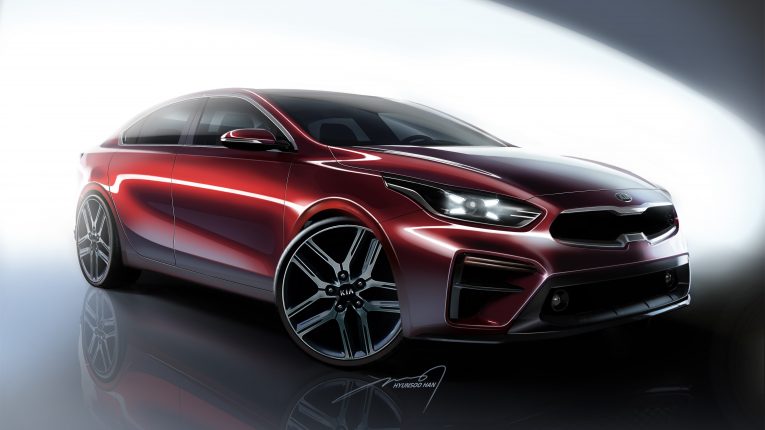 Ahead of the global debut of the new 2019 Kia Forte sedan at NAIAS on January 15, Kia has revealed design renderings of the compact sedan. While the third-generation Forte retains its sporty and youthful image, it has graduated with a more sophisticated appearance thanks to a number of sleek and dynamic styling cues inspired by the Stinger fastback sport sedan. What is most noticeable is that the Forte has evolved from a cab-forward design to one that is decidedly swept-back.

Creases in the hood lend to the Forte’s muscular appearance and distinctive design traits on the front fascia, including a fresh approach to Kia’s signature tiger nose grille and an aggressive lower valance enhance its road presence.  The front clip is flanked by a more dynamic headlamp design and layout.

Around back, the rear bumper gets the same treatment with separate reverse and turn signal indicators located beneath the taillights. Similar to the Sportage compact crossover, a sleek horizontal strip connects the taillights, lending visual width.

Inside, a horizontal theme creates a sense of openness, avoiding clutter with clean lines and minimal buttons that are intuitively placed below a large screen. Aeronautically inspired spoked circular vents similar to those found in the Stinger adorn the dash.\

Look for more details when the Forte is officially unveiled tomorrow. 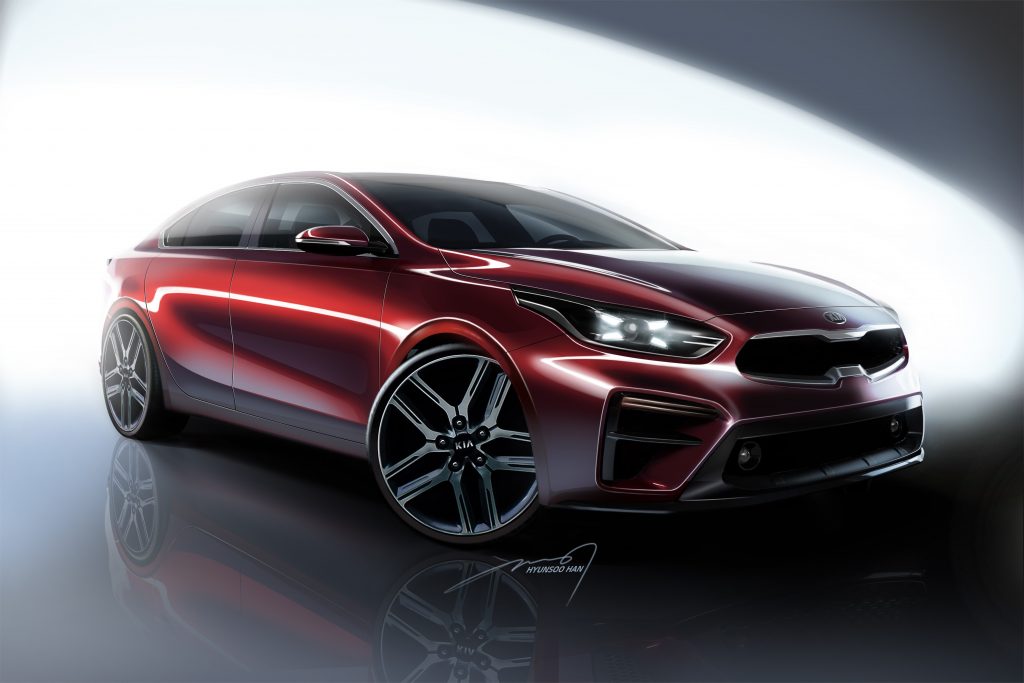 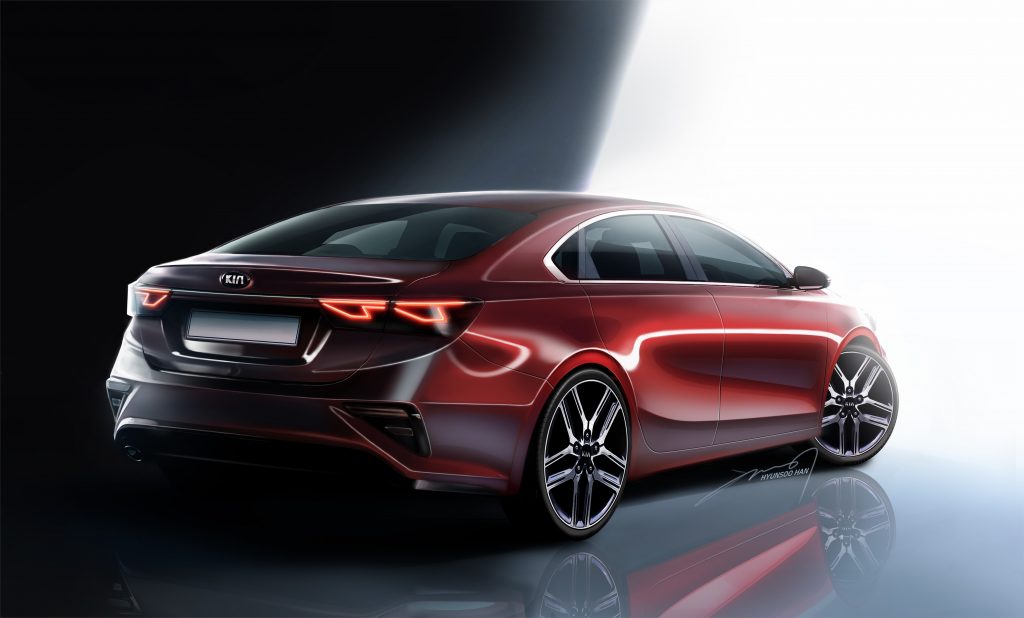