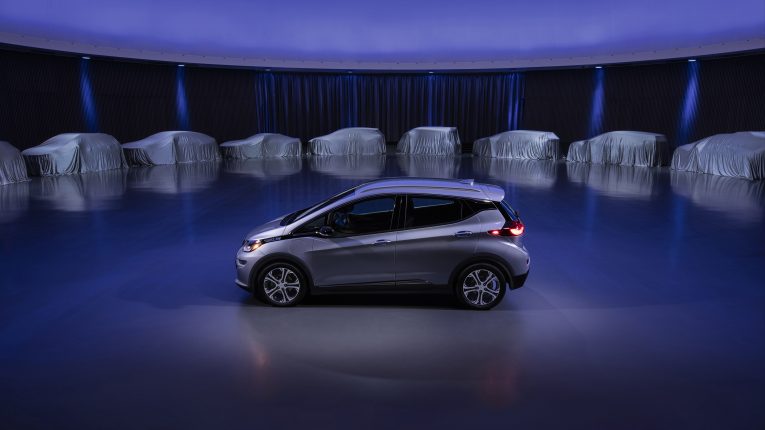 General Motors has announced that they will be bringing two new all-electric vehicles to the market in the next 18 months, and then at least 18 more EVs by 2023.  GM said they have a vision of a world with zero crashes, zero emissions, and zero congestion.

It’s now a complicated and dynamic automotive world with the myriad of ways that people move. Given the various needs of every individual at different points in time, GM will be focusing on battery electric as well as hydrogen fuel cell electric vehicles simultaneously.

GM also introduced SURUS, short for Silent Utility Rover Universal Superstructure, which is a fuel cell powered, four-wheel steer concept vehicle on a heavy-duty truck frame that’s driven by two electric motors. With its capability and flexible architecture, SURUS could be used as a delivery vehicle, truck or even an ambulance all emissions free.

The Chevrolet Bolt and Volt have educated GM a lot about what today’s drivers are looking for using those teachings, they will develop and evolve a new generation of vehicles that are tailored to the needs of today’s customers.