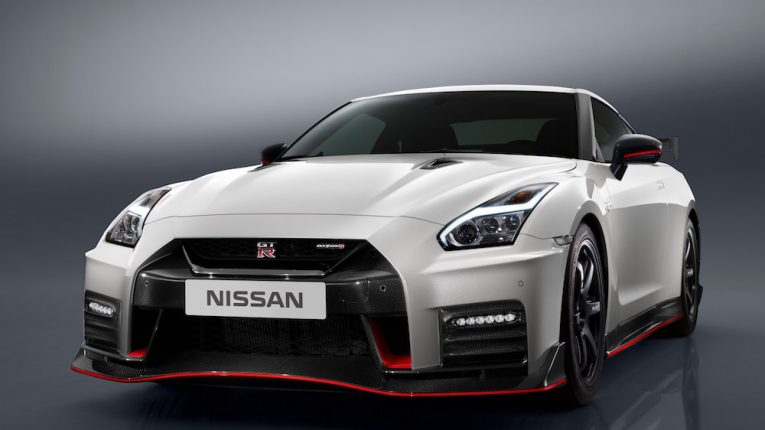 Nissan announced pricing of $174,990 USD for the new 2017 Nissan GT-R NISMO in conjunction with its North American debut at the Japanese Classic Car Show at the Queen Mary in Long Beach, California. The annual JCCS is regarded as the largest gathering of Japanese heritage enthusiasts in the country and attracts nearly 400 private heritage cars and more than 7,000 spectators.

“Last spring, our most exclusive and fastest road-going GT-R ever, the 2017 NISMO, made its global debut at the famed Nürburgring race course, where the Nissan GT-R’s potent performance was honed, tuned and developed,” said Michael Bunce, vice president, Product Planning, Nissan North America, Inc. “Now, as it readies to hit the streets of North America, it’s fitting that it does so among a gathering of the Nissan and Datsun heritage cars that paved the way for this ultimate expression of Nissan innovation and performance.”

About the 2017 GT-R NISMO
The GT-R NISMO’s new dynamic styling is both attractive and functional. The new “V-motion” grille, one of Nissan’s latest design signatures, has been enlarged to provide better engine cooling and now features a matte chrome finish and an updated mesh pattern. A new hood, featuring pronounced character lines flowing flawlessly from the grille, has been reinforced to enhance stability during high speed driving.

The new GT-R NISMO also benefits from the 2017 GT-R Premium’s refreshed interior, whose cabin possesses a more upscale feel than ever before. The redesigned dashboard and steering wheel are covered with high-quality Alcantara® suede. NISMO racers influenced the design of the dark gray with red stripe steering wheel, with three spokes, red center mark and red stitching to give a strong combination of grip, feedback and comfort.

The center stack layout has been improved and simplified, with the number of integrated navigation and audio controls reduced from 27 switches in the previous model to only 11 in the 2017 version.

In addition, an enlarged 8-inch touch-panel monitor featuring large icons on the display screen make it simple to use, while a new Display Command control on the carbon fiber center console allows easy operation without having to touch the monitor. Unique to GT-R NISMO are the leather-appointed Recaro® seats with red synthetic suede inserts.

The VR38DETT V6 is backed by an advanced paddle-shifted sequential 6-speed dual clutch transmission, which can be driver selected to shift at race car-like speeds. 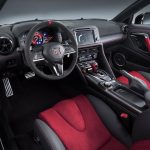 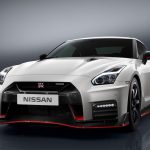 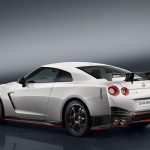