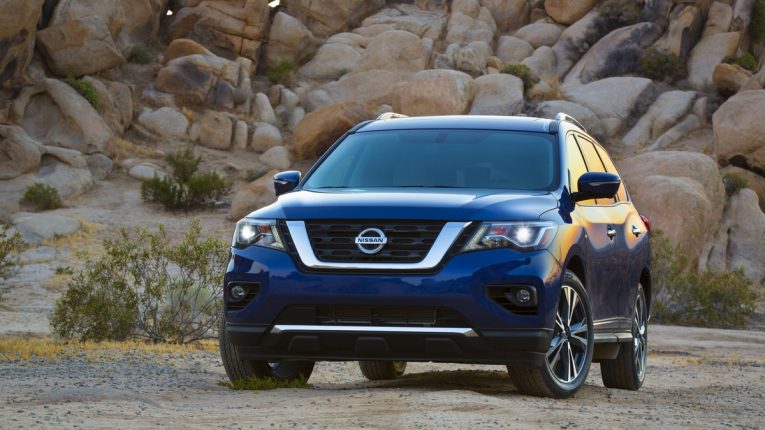 Nissan has announced U.S. pricing for the new 2017 Nissan Pathfinder SUV, which goes on sale this week at Nissan dealers nationwide with a starting MSRP* of $29,990.

Pathfinder, one of Nissan’s best known and most popular nameplates in its nearly 60-year history in the United States, is reborn for the 2017 model year with more adventure capability, a freshened exterior look and enhanced safety and technology – pure Pathfinder taken to an even higher level of performance, technology and style. The revisions to Pathfinder come as part of Nissan’s “Year of the Truck” – a comprehensive freshening of the brand’s truck lineup, including an all-new TITAN full-size pickup and Armada SUV.

Enhancements to Pathfinder for 2017 include: 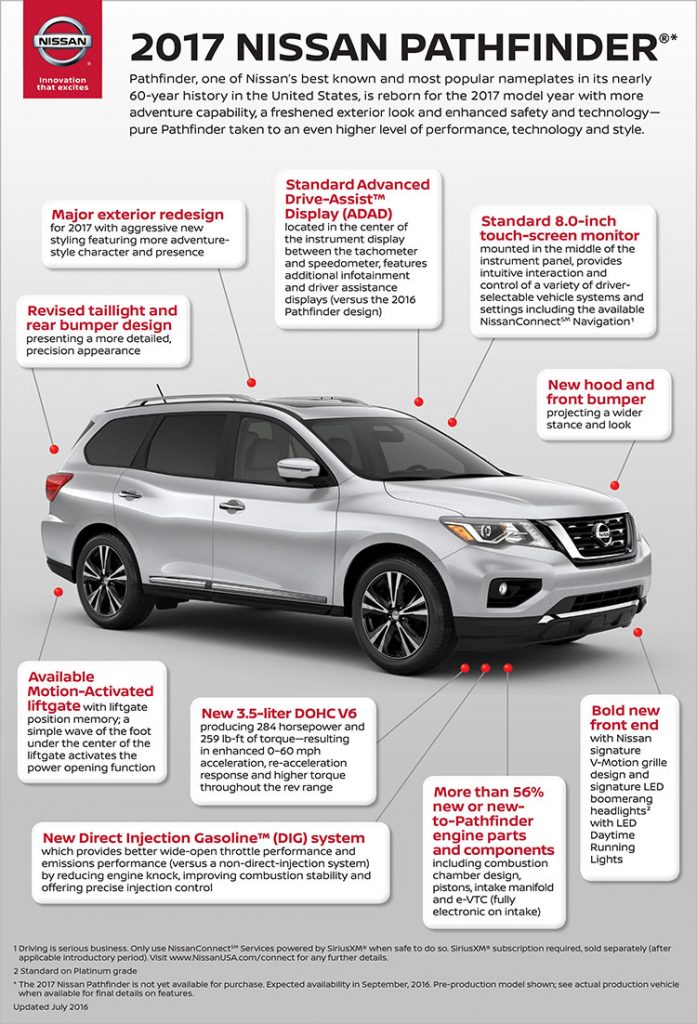