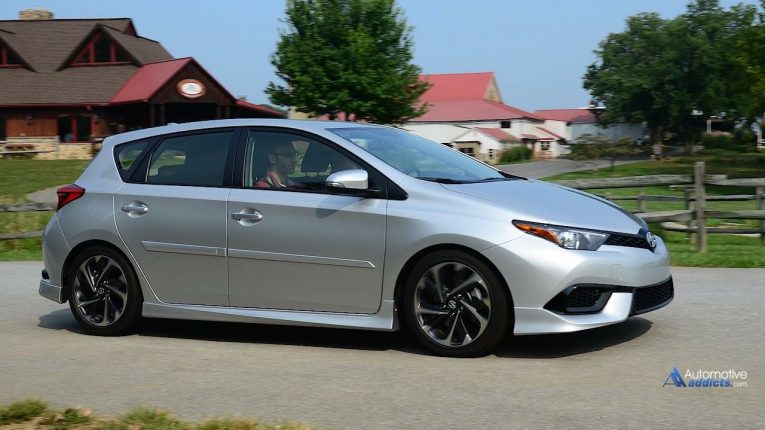 In a surprising change of events, Scion announced today that it is phasing out the Scion brand and that all current models except the tC coupe will soon wear the Toyota badge come the 2017 model year. This comes after the release of two models in early fall of 2015 that were expected to bring new life to Scion (and have) albeit, not enough.

Low fuel prices have not helped, as small car sales in general have been lower than expected, with trends showing that will continue through 2016 as fuel costs remain low.

Scion built its reputation on funky, more engaging, affordable, reliable and generally fuel efficient vehicles that appealed to younger buyers, which they did a pretty good job of achieving. It was a huge step for parent company Toyota to make back in the early 2000s and one that they surely learned a lot from.

RIP Scion, and thank you for providing Toyota with the data to understand various demographics and their expectations, better. Look for the 2017 Toyota iterations of the iA, iM and FR-S at dealers near you this summer.

Scion, established as a separate brand in 2003 as a laboratory to explore new products and processes to attract youth customers, is now transitioning back to the Toyota brand. Scion achieved its goals of developing unique products and processes, and bringing in new, younger customers to Toyota. With more than a million cars sold, 70 percent of Scions were purchased by customers new to Toyota and 50 percent were under 35 years old.
“This isn’t a step backward for Scion; it’s a leap forward for Toyota. Scion has allowed us to fast track ideas that would have been challenging to test through the Toyota network,” said Jim Lentz, founding vice president of Scion and now CEO, Toyota Motor North America. “I was there when we established Scion and our goal was to make Toyota and our dealers stronger by learning how to better attract and engage young customers. I’m very proud because that’s exactly what we have accomplished.

“We could not have achieved the success we have had without the incredible support of Scion’s customers, dealers and team members, so supporting them throughout this transition process will be one of our top priorities,” said Lentz.

Toyota’s decision was made in response to customers’ needs. Today’s younger buyers still want fun-to-drive vehicles that look good, but they are also more practical. They, like their parents, have come to appreciate the Toyota brand and its traditional attributes of quality, dependability and reliability. At the same time, new Toyota vehicles have evolved to feature the dynamic styling and handling young people desire.

Scion has consistently been the youngest brand in the auto industry with an average age of 36 years old. At 29, the tC sports coupe has the lowest-average age buyer in the industry. The most recent additions to the line-up, the iA sedan and iM 5-door hatchback, are bringing in new buyers with 70 percent being first-time new car purchasers. Additionally, more than 50 percent of iM and iA buyers are under 35 years old.

As part of the brand transition, beginning in August 2016, MY17 Scion vehicles will be rebadged as Toyotas. The FR-S sports car, iA sedan and iM 5-door hatchback will become part of the Toyota family. The tC sports coupe will have a final release series edition and end production in August 2016. The C-HR, which recently debuted at the L.A. Auto Show, will be a part of the Toyota line-up.

The service and repair process for Scion customers will be unaffected by this change as customers will continue to visit Toyota dealerships’ service departments.

“We appreciate our 1,004 Scion dealers and the support they’ve given the brand,” said Bob Carter, Toyota senior vice president of automotive operations. “We believe our dealers have gained valuable insights and have received a strong return on their investment. During this time of transition, we will work closely with them to support this process and help communicate this change to customers.”

“Scion has had some amazing products over the years and our current vehicles are packed with premium features at value prices,” said Andrew Gilleland, Scion vice president. “It’s been a great run and I’m proud that the spirit of Scion will live on through the knowledge and products soon to be available through the Toyota network.”

Scion Processes – Scion served as a laboratory for products and key sales and marketing processes that have provided valuable lessons for other Toyota brands:

Scion Products — Scion has had some outstanding products that have made an impact in the industry including the original “box,” the xB and the FR-S affordable sports car. The tC sports coupe has consistently attracted the youngest buyer in the industry.

Scion Executives — Scion served as an important training ground for Toyota vice presidents, many of whom have been promoted to other roles: