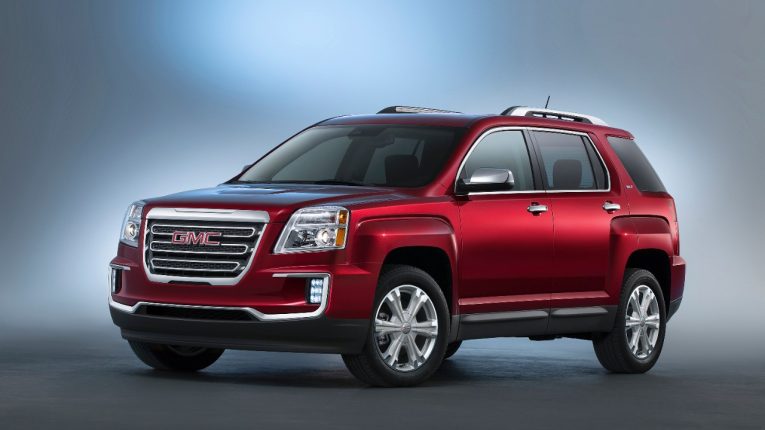 Distinguished by a new, more contemporary front-end appearance, the 2016 GMC Terrain and Terrain Denali were introduced today, ahead of their public debut at the New York International Auto Show.

The New York region is the national leader for compact SUV sales, with more than 200,000 retail units sold last year. It is also second-highest selling region for Terrain, behind Detroit.

The complete list of revisions for the 2016 Terrain lineup includes:

Bold design tops many customers’ reasons for purchasing the GMC Terrain and the updated 2016 models retain the distinctive proportion that attracts first-time buyers to the brand with a greater focus on precision and attention to detail.

“The updates for the 2016 Terrain make one of the strongest designs in the compact SUV market even more compelling,” said Helen Emsley, executive director, Global GMC Design. “They create a more contemporized appearance rooted in GMC’s professional grade precision.”

Terrain at a glance
The 2016 Terrain seats five, with all-wheel drive offered on SLE, SLT and Denali models. Its interior – with the GM-exclusive MultiFlex sliding rear seat – offers 31.6 cubic feet (894 liters) of cargo space behind the rear seat and 63.9 cubic feet (1,809 liters) with the rear seat folded.

Available GMC IntelliLink offers OnStar with 4G LTE connectivity and built-in Wi-Fi hotspot. It provides a mobile hub for drivers and passengers to stay connected. The hotspot is on whenever the car is on and comes with a three-month/3GB data trial (whichever comes first).

Terrain also offers a programmable power liftgate (standard on Denali, available on SLT), with a memory function that stops the liftgate at a chosen height to help shorter drivers or accommodate low garage heights.

Terrain Denali
The Terrain Denali offers unique exterior and interior appointments, exclusive wheels and design cues to set it apart from competitors. Dual-flow dampers are exclusive to the Terrain Denali’s suspension system, providing a smoother ride and improved handling by controlling suspension dampening across a broader range of driving conditions.

The 2016 Terrain goes on sale this fall. Pricing will be announced later. 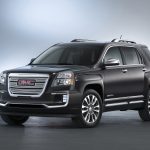 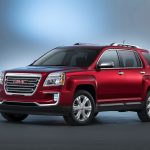 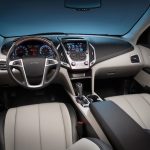