Home / News / 2014 Honda Civic To Be The First Car With iOS Mirroring, Releasing Next Month 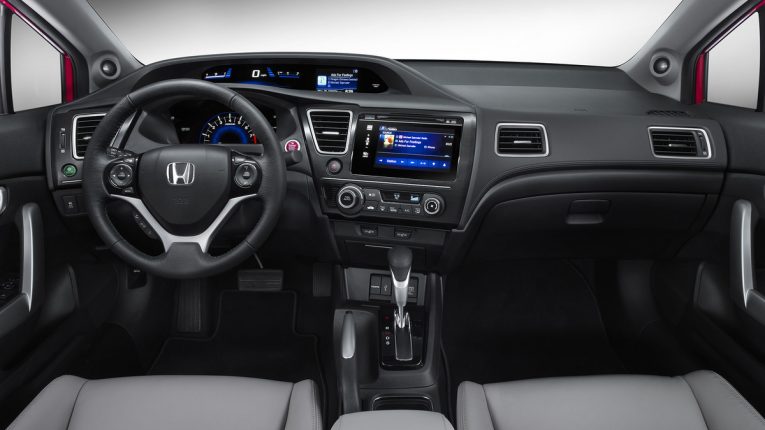 According to tech site Redmond Pie, Honda’s 2014 Civic will be the first car to feature iOS mirroring.

Honda announced that all 2014 Civic vehicles except for the LX trim will be equipped with a 7-inch multi-touch screen that will be able to effectively act as an iOS device thanks to iOS mirroring. It’s currently unclear exactly what that will entail, or what it will allow owners of the car to really do with their Apple devices.

Being able to place calls, browse maps and send or receive messages is a given at this point, but we suspect that 7-inch screen may be put to further use in the 2014 Civic.

Taking advantage of all that iOS has to offer while out and about in our cars is something that many people have been wanting since the first iPhone. This only intensified when automakers started building their own systems with unique user interfaces (UIs) and customers showed their distaste for those systems by negatively rating quality and satisfaction of their new vehicle, even though the only thing wrong with it was the media interface.

We’re convinced that other car manufacturers will follow suit in announcing additional vehicles that support iOS mirroring. Siri Eyes-Free landed first in the Chevy Sonic RS and Spark for the 2013 model year, but the voice-only system lacked the tactile interface of Apple’s iOS in the vehicle.