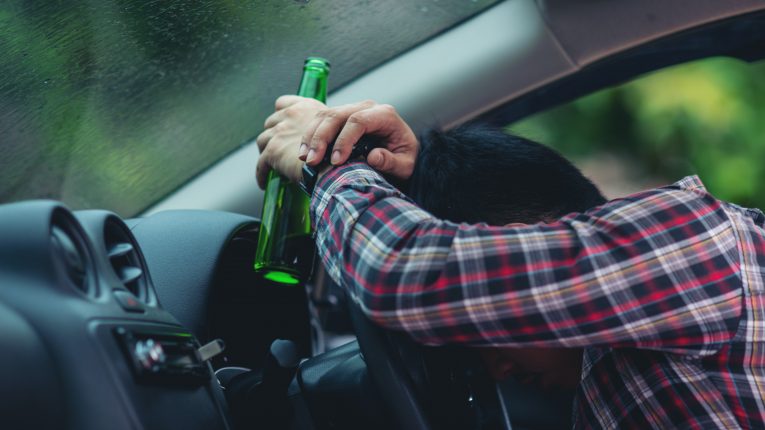 DUI can ruin a person’s life, even if they have no previous offenses or criminal record. A first-time DUI conviction can put someone in jail for up to six months or more depending on their age. If they get caught again within five years of the first DUI conviction, they could face jail time for as long as three years!

Young drivers are often tempted by peer pressure and alcohol consumption because it makes them feel more like part of the group than being alone behind the wheel of a vehicle with others around them. However, this does not mean that all young drivers who drive when under the influence of alcohol will suffer from any negative consequences of their actions later on down the road!

Driving While Intoxicated (DWI) and Driving Under the Influence (DUI) are similar and different at the same time. It is confusing for many since they are both related to drunk driving. When we say DWI or DUI, it pertains to an individual operating any vehicle while intoxicated. It means that the alcohol or drug in his body is affecting his mental or physical well-being. The primary difference between these two is the driver’s age. In most States, DWI is for anyone who is 21 years old or older operating a vehicle while having a Blood Alcohol Content (BAC) of 0.08 or higher.

On the other hand, DUI is for anyone who is below 21 years old having any alcohol in his system while driving. Most States have a zero-tolerance policy when it comes to teenage drinking and driving. With that said, anyone under 21 years of age is chargeable with DWI if his BAC is 0.08 or higher.

When you’re facing a charge of drunk driving, it’s important to find a criminal defense attorney who can help you navigate the complicated legal system. A good criminal defense lawyer like those from The Draper Law Firm will be able to fight for your rights and get you the best possible outcome in your case.

The Consequences of Teenage Drunk Driving

The following are some of the most common consequences of teenage drunk driving:

Loss of Life: Teenagers who get into car accidents while drinking often lose their lives. The National Highway Traffic Safety Administration (NHTSA) reports that alcohol involvement played a role in one-fourth of all fatal crashes involving teens in 2010. In fact, the NHTSA found that nearly half of all drivers under 21 who died were intoxicated at the time of their fatal collision.

Injuries: Alcohol affects judgment and reflexes, which leads to risky behavior such as speeding or not wearing seat belts while driving. When this happens, it can lead to injuries and even death for other drivers and passengers.

Damages: Accidents caused by drunk driving can cause significant damage to vehicles and property. This damage can be difficult or impossible to estimate due to weather conditions or other factors that may have occurred at the time of an accident.

If you are convicted of a DUI, you will lose your driver’s license for some time. In some cases, this can be as long as one year. You may also face jail time and fines. If you have a prior DUI conviction on your record, you could face longer sentences and even jail time.

In addition to the consequences of being convicted of driving under the influence, there are other consequences associated with this crime that can affect your life in many ways. For example:

● You could lose your job or be unable to get one because of your conviction.

● The cost of hiring an attorney to represent you during your court case is likely to be several hundred dollars or more per hour.

● You might face other legal problems such as being sued by the person whose car was damaged by your actions or having to pay restitution for any damage caused by drinking too much alcohol before driving (e.g., paying for damages caused by hitting another vehicle).

1st offense DUI has minor penalties as compared to DWI. For DUI, the minor charged may have his driver’s license suspended for 60 days, and he may receive a fine not exceeding $500. He will also need to render community service for 20 to 40 hours plus mandatory alcohol-awareness classes. The penalties are light; however, it is time-consuming for a minor who is more often than not attending school. Therefore, it is best to prevent yourself from driving when drinking.

On your second DUI charge, the penalties are the same as DWI. You may receive a fine of not more than $4000 and/or imprisonment of 30 days to one year. Your driver’s license may also get suspended for 180 days to 2 years. Do take note that the state also considers this a criminal offense, thus, it will stay on your record. As a young adult, this can present several problems to you as you might encounter issues getting into some universities, getting scholarships or securing a job.

When it comes to your third DUI offense, your fine may reach up to $10000 and/or jail time of 2 to 10 years. The state also considers this crime as a 3rd Degree Felony. It means you will get disqualified from possessing any firearm as well as voting. Your license may even get suspended from 180 days to 2 years.

Good read How to Avoid Drinking and Driving

It is also important to note that if officers caught you with an open alcohol container, your minimum jail time would increase to 6 days. In any instance that your drunkenness caused an accident with serious bodily injuries, you may get charged with 3rd Degree Felony, and corresponding penalties will apply. On the other hand, intoxication manslaughter is a 2nd Degree Felony with relevant jail time between 2 to 20 years. If you were caught drunk driving with a passenger who is below 15 years old, you might face jail time of 180 days to 2 years plus a fine not more than $10000 which is the corresponding penalty for State Jail Felony.

Do you need an expert DUI attorney? Visit The Draper Law Firm for assistance and consultation.

Share
Previous: Open or Enclosed Auto Transport: What You Need to Know Before You Decide
Next: Experts Tips to Increase Your Auto Sales Value