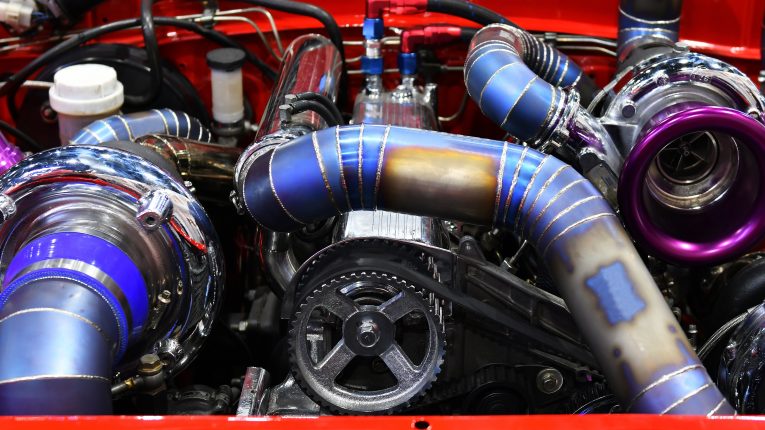 When a truck is in motion, the operation of various parts inside the truck will keep operating, thus generating heat. To maintain the optimal working temperature, the trucks are equipped with radiator fans to dissipate heat from every part of the truck, which is crucial . Just like us, we can’t stay in the heat for long.

The radiator fan assembly plays an integral and relevant role in the overall function of the cooling system, and a radiator fan that has been damaged can cause many problems. I believe that many truck drivers do not have a particularly comprehensive understanding of radiator fans, so, next, in this article, I will guide you, explain to you one by one and give you the details of radiator fan damage symptoms.

The role of the radiator fan

A radiator fan consists of the truck fan blade, truck fan belts, and motor. All three devices are small and portable, and the working principle is naturally very simple, that is, the truck fan motor turns, thus driving the belt, and the truck fan can work properly. The internal combustion engine will generate a lot of heat in operation. To allow the engine to continuously, safely, and smoothly, it is necessary to dissipate the heat, and the installation of a radiator fan is significant for timely and effective heat dissipation for the truck engine.

The internal parts of a truck are all interconnected. We all know that the truck engine must be properly cooled in time under the high-temperature working environment to ensure that the engine can run normally and will not be damaged by operating under high temperatures for a long time, to meet the requirements of good working performance, durability and exhaust emission of the truck engine to avoid unnecessary trouble. The engine cooling system also plays a key role in this, which includes the radiator fan. When the engine temperature rises to a certain temperature while the engine is running, the thermostat transmits an alarm so that the radiator fan will run automatically. The radiator fan is used to cool the truck’s engine by passing air through the radiator.

Location of the radiator fan

The radiator fan is usually in front of the radiator and will be mounted on the side facing the engine. To further improve the cooling efficiency of the truck, most trucks are now equipped with one or more electric cooling fans.

After understanding the working principle and location of the radiator fan, we also need to understand some of the symptoms of radiator fan damage, so that we can easily deal with these unexpected conditions, protect the engine will not be damaged by high-temperature operation, also to reduce the cost of maintenance.

1. Fan does not turn

Radiator fan damage is one of the most common symptoms that the fan does not rotate, or stop running, usually in this case, we need to check whether the generator has enough power to support the operation of the fan, or whether the generator is burned out can not make the fan work, if you check these conditions, the problem still exists, then we need to replace the fan motor.

A blown radiator fuse can also cause the radiator fan to malfunction. If the fuse is blown, then the fan may be overheating due to excessive power consumption, causing the radiator fuse to blow, thus ensuring that the rest of the system is not affected. In this case, we must replace a new fuse in time to allow the radiator to operate properly.

When the radiator fan is damaged, the temperature warning light will suddenly come on to give us an indication of overheating caused by the truck’s radiator not receiving enough airflow, the temperature warning light will warn us on the dashboard that there is a problem with the cooling system, we should stop and turn off the engine to allow the truck to cool down instead of continuing to drive, which will only continue to cause overheating and thus damage the engine If we continue to drive, it will only continue to cause overheating, which will damage the engine.

5. There is a whirring sound

When you find these five symptoms above in your truck, you should check if your radiator fan will be damaged and repair it in time. Without the radiator fan running to cool the engine in time, once the engine overheats, it will cause irreversible and serious damage, and the cost of repair will be greatly increased by replacing the engine.

A radiator fan is a replaceable and repairable component, plus the cost of labor, the average cost of replacement is in the range of $550 to $650, if you can replace the radiator fan, you can also save part of the labor costs from another convenience, but if you are not proficient in auto repair, I still recommend that the professional things to professional people to do safer, this time do not. After all, it is also about your safety in the driving process.

So, these are the symptoms of a broken radiator fan in a truck, please remember to check and treat the problem in time, but do not leave it alone, if you have found the problem, it is best to fix it before it causes further problems to other components in the truck, if the problem still exists, then it is best to go to a repair store to have a full inspection of your truck, so that mechanic to diagnose the problem and determine the cause of your vehicle’s failure.

Share
Previous: Want to Know More About Why Hockey’s Viewership Numbers Are Going Up?
Next: The Benefits Of A Regular Car Wash For Your Car