Home / DIY / Why Should You Wear a Seatbelt in the Car? 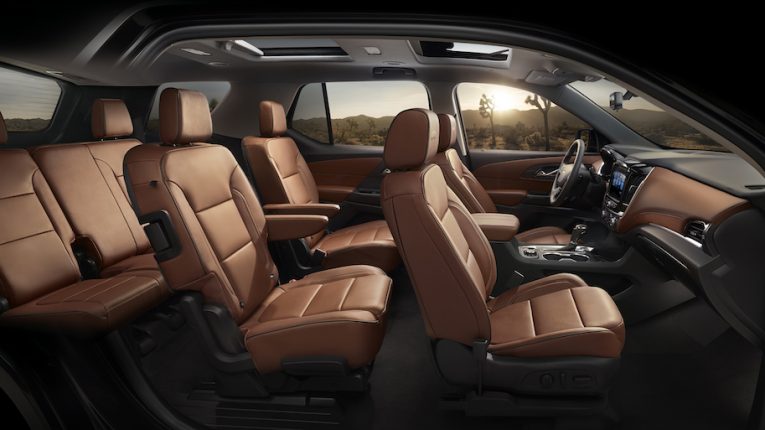 At some point in your life, you’ve almost certainly had someone remind you to buckle your seatbelt. Maybe it was a parent when you were first learning how to drive, or a friend reminding you to strap yourself in before they turn on the car’s engine. In the present day, wearing a seatbelt is universally encouraged by driving instructors, car manufacturers, law enforcement agencies, and first responders. In this article, we briefly explore the history of the seatbelt and its role in reducing crash injuries and fatalities.

When Was the Seatbelt First Invented?

The first-ever used seatbelt was created sometime in the late 19thcentury by an English engineer named Sir George Cayley. Cayley is credited with developing the first manned glider, and he implemented a seatbelt to keep the pilot securely in place. The glider’s first test flight ended in a crash landing, but the pilot survived – likely in part due to the engineer’s addition of a seatbelt.

Seatbelts first began to be used in cars a few years after Cayley’s test flight. In 1885, Edward J. Claghorn was awarded a U.S. patent for a seatbelt that was used to protect taxi passengers. Although more and more manufacturers slowly began implementing this safety feature in their vehicles in the following years, the next major technological advancement did not occur for some time.

In 1959, Nils Bohlin created the first 3-point seatbelt, which is used in most present-day motor vehicles. Compared to a 2-point seatbelt, which secures only the driver’s lap, Bohlin’s invention uses a continuous belt to loop over the rider’s shoulder and lower body. At the time, Bohlin worked for Volvo. Somewhat shockingly, the company made his patented seatbelt available to their business rivals for free in the name of rider safety. Other car manufacturers quickly implemented the 3-point seatbelt into their own cars, saving countless lives.

How Do Seatbelts Reduce the Severity of Crash Injuries?

When worn correctly, a seatbelt keeps you seated in the event of a collision. In a high-speed crash, the forces exerted can easily cause an unsecured rider to be thrown about the inside of the car or even ejected from the vehicle altogether. Not only is an unsecured driver or passenger in danger of suffering serious harm, but they are also a risk to other occupants of the vehicle. During a collision, an unsecured rider can essentially become an uncontrolled missile, bouncing around the car’s cabin and causing trauma injuries to other people in the vehicle.

Wearing a seatbelt reduces the risk of your head slamming forward into the steering wheel, passenger compartment, or seat in front of you. The modern 3-point seatbelt also spreads the force of a collision across the crash victim’s body. By preventing the occupant from absorbing the full impact of the crash to any one part of their body, the severity of injuries suffered is oftentimes reduced. A 2-point seatbelt, in contrast, channels the entirety of a collision’s force to the rider’s pelvis, which frequently causes life-threatening or fatal wounds.

Although wearing a seatbelt does not guarantee that you will walk away from any crash unscathed, they do significantly reduce the risks of suffering common car accident injuries such as:

• Head, neck, back, or spinal injuries

Which States Require the Use of a Seatbelt?

Seatbelt laws and the rules for their enforcement can be confusing, especially since every state has their own laws governing the device’s use. Using Insurance Institute for Highway Safety (IIHS) data, we created a chart of each state’s seatbelt laws below.

A state with primary laws allows police officers to issue a ticket for failure to wear a seatbelt at any time. When a state has secondary laws, a ticket may only be issued when there is another citable traffic infraction in addition to a rider’s failure to wear their seatbelt. Thirty-four states currently have primary seatbelt laws (at least for front seat occupants). New Hampshire is the only state that does not currently have any law regarding seatbelt use within its borders.

Whether it’s required by law in your state or not, seatbelts are proven to save lives in crashes and it’s always a good idea to wear one. We hope that this article has helped you learn more about the seatbelt’s history and how it can be effectively deployed to reduce the severity of collision injuries.

Share
Previous: Who’s Liable for a Parking Lot Accident?
Next: Important Considerations When Searching for a New Job