Home / DIY / The Rise of Touch Screens in Cars 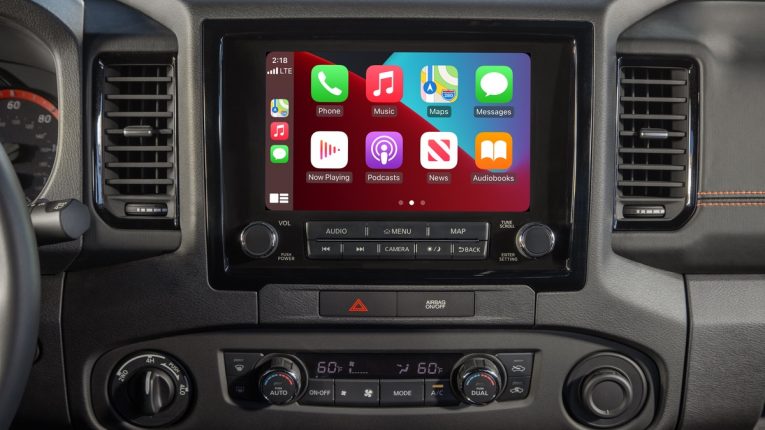 These past decades, cars have undergone many changes. Though their basic function is retained, their models, exterior and interiors have all undergone myriad changes.

Back then, the dashboards were designed with efficiency in mind. It was decorated with buttons that drivers mastered through feeling much unlike the present touch screens that require accurate hand-eye coordination.

While a certain manufacturer attempted the creation of touch screens for cars in the past, it didn’t become as common as it is today. This was primarily due to safety concerns voiced by the public. They claim that the screen was too distracting and might do more harm than good. We’ll go over this in-depth later.

For now, let’s go over how touch screens came to be the norm for cars of today.

“DIN” stands for “Deutsches Institut für Normung”. It was a German group that set the standards for all car radios.

The classic car radio would tell you the frequency you were tuned into. If you like being flashy, you can have a unit with dancing light segments. Its lights would flash in tune with the bass and your headbanging, literally.

If you love watching movies set in the ’80s or ‘90s, you’ll find teenagers driving their cars around with the aforementioned DIN head unit.

The screen is just as big as the face of a wristwatch and displayed fuel consumption and temperature. Despite that, it was as exciting as it could get for a long time.

Where Did In-Car Touch Screens Start?

Before you guess that it’s a Tesla, please understand that we’re going by timeline and this isn’t “Back to the Future.”

Allow us to introduce you to the Buick Riviera. You can practically call that the classic grandfather of touch screens. Buick slotted a 9-inch Graphic Control Center (GCC) into the Riviera as early as 1986.

Its advertisements claimed that the green and black cathode-ray tube called the GCC managed 91 functions. All of those would have needed separate buttons and knobs on the dashboard but the GCC was able to make it top notch seamlessly.

But there were a couple of problems. One was that every time it was touched, you could her a screeching sound. And the second problem was what we mentioned earlier. The drivers complained that the screen was more distracting than helpful.

With that, the first in-car touch screen monitors went back to being regular dashboards.  But they resurfaced into popularity some decades later.

BMW stepped it up with innovation and ambition when they created the iDrive. With an 8.8-inch screen and one operator-controlled knob, it took over all of BMW’s signature entertainment.

But can you imagine not having a menu shortcut? Or a back button? It must have been frustrating for drivers and users whenever their favorite entertainment passed by and they were hapless without the back button. It took two years for BMW to surrender to popular opinion and revert to less minimalist settings.

This isn’t to say that the iDrive didn’t have its own glorious glow-up. Through several generations, it’s become one of the best in-car systems in the world. It evolved to have rapid processors, clear menus, and a perfect balance of touch screen settings and its click wheel controller.

Back in 2012, the creators of the Tesla fit a 17-inch screen into the car’s dashboard.

The Tesla’s Model S’s functions can all be controlled through the large touch screen monitor. These functions include climate control, safety systems, and navigation. The processor has no problem keeping up with your fingertip. Tesla did look like the future of the car industry.

Porsche has maintained its signature style with its buttons and grey interiors until Tesla took the spotlight.

Porsche started dabbling with touch screens as demonstrated in their 918 Spyder. But suddenly, buttons were forbidden (design-wise). You’ll find a main touch screen at the front, but you can also have another monitor for the passenger.

Whatever dial clusters or switches you’d expect in a Porsche can be found digitally on a monitor.

Meanwhile, Ford wasn’t going to let itself be late to the party. With a 15.5-inch screen, you could operate the functions and settings of the car. One of the things that set it apart from Tesla was the built-in volume knob on the bottom middle of the screen.

You can see just how much of an impact the Tesla had on the future of the car industry.

The Mercedes-Benz EQS has an optional Hyperscreen. It has three separate screens under a 56-inch gorilla glass. Two screens measure 12.3 inches and one screen 17.7 inches.

You can practically imagine the outer space vibes when you step inside. The interior looks like a spaceship that will take you to Mars!

From the DIN head unit, touch screen monitors have slowly taken over the technology industry. They’ve been incorporated into televisions, phones, cars, laptops, and more. Touch screen monitor for PCs have become common as well.

What’s funny is that within the history of cars, the touch screen was initially rejected due to safety concerns. BMW gave it another shot with the iDrive but it took a long time for it to succeed.

However, once the Tesla managed to make the feature work, it became revolutionary. Several famous car manufacturers attempted to join the hype and many of them also succeeded. Some of them even adjusted their signature styles to accommodate this big change.

Suffice to say that the future of the car industry will likely lean toward technological trends. People will continue to innovate with what exists now to create something even better tomorrow.

The people in the ‘90s thought that we’d have flying cars in the future. Who knows, maybe flying cars aren’t such a farfetched dream after all. Only time will tell.

Share
Previous: 4 Signs That it’s Time for a New Car
Next: Top Services to Expect from Specialist Alfa Romeo Mechanics