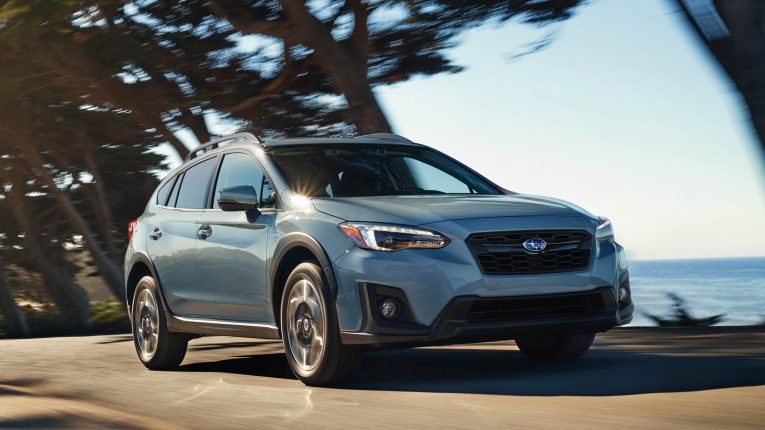 On the heels of Toyota’s preview of an all-wheel-drive (AWD) Prius is coming to the LA Auto Show, the range of the 2019 Subaru Crosstrek Plug-In Hybrid Electric Vehicle (PHEV) was found in a document issued by the California Air Resources Board. The plug-in Crosstrek battery and electronics will be based on the Prius Prime PHEV, so this will get very interesting, very quickly as the two automakers release AWD plug-in hybrids.

The Crosstrek PHEV looks to have a range of about 25 miles, similar to the current Prius Prime PHEV. That’s impressive given the Prius is much more aerodynamic, lower to the ground, smaller, and lighter.

This will be Subaru’s first true plug-in hybrid, leapfrogging the last generation Crosstrek Hybrid which only negligibly improved fuel economy.

Expect to see the 2019 Crosstrek PHEV officially unveiled before the end of this year, and the production model to arrive at dealerships in early 2019.

Crosstrek PHEV will likely feature much of the same equipment as the current Crosstrek, and likely be offered in two tiers with features of the Premium and Limited trim packages.

Following the Crosstrek PHEV, we expect more of Subaru’s lineup to gain electrification. The vehicles all ride on similar platforms and offer similar technologies, so significant reengineering of the vehicles wouldn’t be necessary.

Share
Previous: Getting From A to B as Safely as Possible
Next: Road Test: 2019 Buick Envision