//pagead2.googlesyndication.com/pagead/js/adsbygoogle.js
Home / News / Car Prices Are Through The (Sun)roof, But What Does That Mean For Drivers? 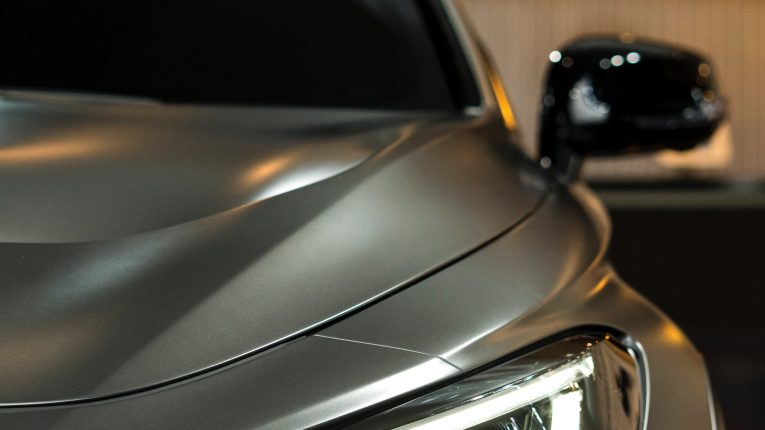 It’s official; car prices are through the roof right now. A new car is so expensive that August saw prices averaging at nearly $36,000. According to Cox Automotive, that figure isn’t far off the all-time highest price. This is an area of some concern given many of our finances are less stable now than ever. Millennials especially are living from pay packet to pay packet. The boom in freelance work of late also means many can’t afford these steep upfront costs.

In some respects, you can’t blame manufacturers for these rises. We live in an age where we want more with each release. Far from the basic models of old, we expect to see new tech and better safety features in each vehicle on the table. And, that stuff isn’t cheap. Still, we all want to have our cake and eat it. At this rate, though, many of us don’t have the choice to do either.

Does this mean that car ownership is off the cards for good? Of course, not. But, as with any escalating problem, it does mean we find ourselves on the edge of change in the world of car buying. Rather than turn away from ownership, then, it seems we as drivers need to bring about changes by considering the following alternatives to steep price tags.

A new way to get the vehicle
The car dealerships out there saw these rising prices coming well before we did. Hence why the majority of them now offer the opportunity of either financing or leasing a car. While both options offer different benefits, they each ensure you can skip paying in one hit.

These fit the paycheck-reliant generation perfectly as they allow small payments once a month. Of course, there are downsides to these options. You still pay the full amount or more of the vehicles worth. These choices also have the disadvantage of things like penalty fees and limitations. For the most part, though, they’re a useful way around this rising issue.

With choices like these, you don’t need anything more than a deposit and a decent credit rating to drive home with the car of your dreams. Even when a deposit is necessary, 10% is standard. So, just $3000 could still bag you a $30000 car. That’s not bad going when you consider how much you would need to pay otherwise.

Changing car trends
Aside from new ways of buying, we’re also on the brink of significant change in car trends themselves. Part of this steep price trend is due to the popularity of SUVs like the Subaru Ascent. Vehicles like these are everywhere at the moment, a fact which is reflected in their prices. But, with less of us able to afford these options, that looks set to change.

For one, pure demand means that the market is becoming saturated. Instead, then, you may be better looking out for a compact or midsize car. While these also averaged out at around $20,000 in August, that’s a lot less than their counterparts. Don’t think, either, that there are no strong contenders in this category. The Toyota Camry and Hyundai Sonata both fall into this category, and they’re well worth attention. Over time, you may find that more and more people remember options like these are out there.

This is especially likely if prices in more popular categories continue to rise. Hence, you might want to jump on this opportunity now while you have the chance at reasonable costs.

Bargain hunting becomes even more important
Bargain hunting has always been a priority in some areas of life. Food shopping is always peppered with BOGOFF offers. We wait until the sales before we hit the clothes shops. But, we think less about this when it comes to buying a vehicle. While most of us will shop around a few different sources, we generally treat these prices as set in stone. But, as costs become less manageable, bargain hunting could see its heyday in the automotive world.

For the most part, it’s likely we’ll see this reflected in the periods during which we buy. Lucky for you, the end of September/start of October spells a period of winding down for many car dealers. This is when owners start clearing old stock ready for the next year’s models. It also seems that locality makes more difference than many people realize.

Local events and industries play a part in pricing. Hence, we could even soon start traveling further for the right car. Either way, we won’t be happy to settle for the first vehicle when we have to pay through the nose for it.

The rise of second-hand
Of course, bargain hunting doesn’t get better than buying second hand. Not so long ago, this was a risky option which few car owners would be happy to divulge in. Now, though, unreachable new prices could see second-hand ownership soaring.

This seems even more likely when you consider there are now many reputable second-hand dealerships. This was once a matter of buying from the previous owner or looking out for signs on the side of the road. It’s no wonder this seemed like a dodgy option. Now, though, you can head straight into a second-hand dealership, and enjoy the security that brings.

Even the most careful car buyer in the world won’t be able to sniff at that as costs continue to rise. The only hope is that more people switching to secondhand will leave companies with no choice but to bring prices back down. Whether that will need to be at the expense of all those additions we love so much has yet to be seen.

A final word
If you’re someone who shops for the closest and most convenient vehicle, it might be time to change your tune. This issue is reaching a crescendo, and it’s only by making changes that we can see changes made. So, get ready to shake up your shopping methods next time you need some new wheels.

Share
Previous: Striving To Become A Safer Driver
Next: The Sharp Tools In The Driver’s “Gearbox”: Being In The Right Mindset When Driving