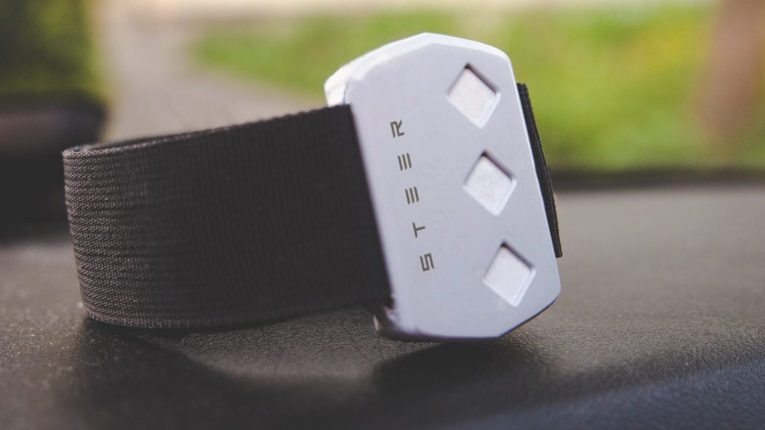 We’ve all been there. You’re driving and feeling tired, and you know you’ll be at your destination in 30 more minutes. Windows are open, HVAC blower is blasting, and the music is turned up but it’s not helping.

According to research, driving while drowsy kills hundreds of motorists each year.

To combat this, the team at Creative Mode created Steer. The new wearable  is aimed at keeping motorists focused at the wheel. Steer is being funded on Kickstarter, and is the first of its kind.

Steer helps relieve what’s called “micro-sleep.” It’s as simple as strapping it on to verify the resting heart rate, then wearing it while driving to determine potentially harmful changes. If your pulse decreases by ten units, the arm band sends out a strong vibration and shines a yellow light. Drop another three units, and you’ll receive a “gentle” electric shock. The stimulation, according to Creative Mode, boosts neurotransmitters and decreases the “sleeping hormone” melatonin.

The creators of Steer claim that these changes will make you feel fresher and less drowsy and will return your heart rate to normal.

Steer promises to be a safer, more effective, and more reliable remedy than traditional quick fixes such as energy drinks, coffee, loud music, or smoking. It’s made from durable and hypoallergenic plastic and has “no negative effect on your health.”

It can be pre-ordered now for an early-bird price of $126. You can even snag extra one for friends or family with the twin pack for $228, trio pack $333, or four-device family pack for $438. They’re expected to ship in November.