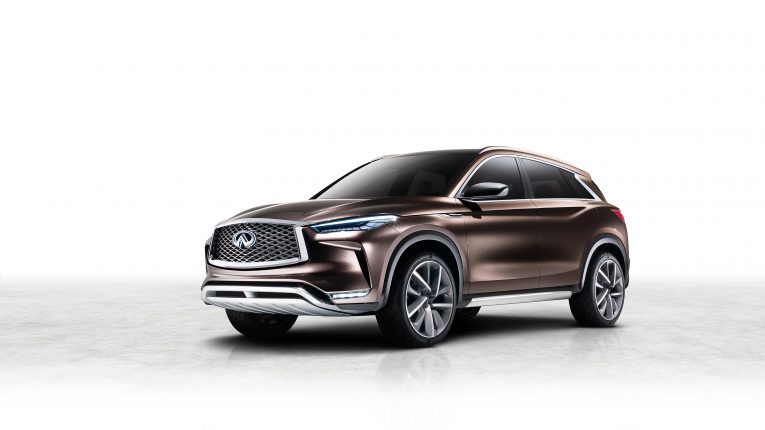 The INFINITI QX50 Concept, which will make its global premiere at the 2017 North American International Auto Show in Detroit, showcases the brand’s vision for a next-generation mid-size premium SUV.

An evolution of the 2016 QX Sport Inspiration, the QX50 Concept shows how the design of its conceptual forebear could be adapted for a future production model in the world’s fastest-growing vehicle segment. INFINITI’s latest concept confidently articulates the artistic influence of the designer through the brand’s “Powerful Elegance” design language. A “cabin-forward” silhouette combines with taut, muscular lines and flowing surfaces telegraph it as a dynamic and practical SUV.

INFINITI’s QX50 Concept also previews the brand’s roll out of its autonomous drive support technologies. Central to the strategy for the development of all future autonomous drive support systems is that they should ensure the driver retains ultimate control over their vehicle – in keeping with INFINITI’s focus on driver engagement – while providing a proactive approach to safety.

INFINITI’s autonomous drive technologies will act as a “co-pilot” for the driver, empowering rather than replacing them, and “delegate” more onerous driving tasks to the car – such as navigating stop-start traffic on the highway or keeping track of the positions of surrounding vehicles.

Since its inception in 1989, INFINITI has brought a number of pioneering driver-assistive technologies to the customer. The company has been responsible for a series of world-first semi-autonomous technologies, including Predictive Forward Collision Warning, drive-by-wire Direct Adaptive Steering and Active Lane Control.

The QX50 Concept’s autonomous drive support systems preview the first production-ready incarnation of a technology package that will be developed further in future production models.

INFINITI will exhibit its ground breaking new VC-Turbo (Variable Compression Turbo) engine technology in Detroit. The VC-Turbo engine is the world’s first production-ready variable compression ratio engine. VC-Turbo technology combines the power of a high-performance 2.0-liter turbo gasoline engine with the torque and efficiency of an advanced diesel powertrain. Such an advanced powertrain would be perfectly suited to the packaging of the QX50 Concept.

The production-ready 2.0-liter VC-Turbo engine represents a compelling alternative to diesel powertrains. Using an innovative multi-link system, the VC-Turbo engine is able to adapt its compression ratio according to driving conditions to deliver optimal levels of performance and efficiency. By seamlessly raising or lowering the reach of the pistons, it instantly selects the most suitable compression for current driving conditions. The engine is able to offer any compression ratio between 8:1 (for high performance) and 14:1 (for high efficiency).

With a development target power output of approximately 200 kW (268 hp / 272 ps) and 390 Nm torque, the VC-Turbo engine will be comparable to certain six-cylinder gasoline powertrains for performance, while significantly outperforming them in efficiency. INFINITI engineers are targeting a 27 percent improvement in fuel efficiency over V6 gasoline engines of similar power output.

INFINITI’s VC-Turbo technology marks a significant leap forward for the internal combustion engine, joining other renowned powertrain innovations such as liquid cooling, fuel injection, catalytic convertors, and turbocharging. The arrival of the VC-Turbo will establish new benchmarks – for power, efficiency and emissions – against which future powertrains will be measured. 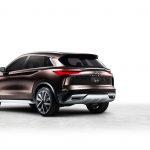 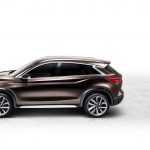 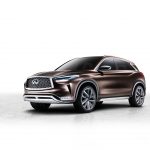