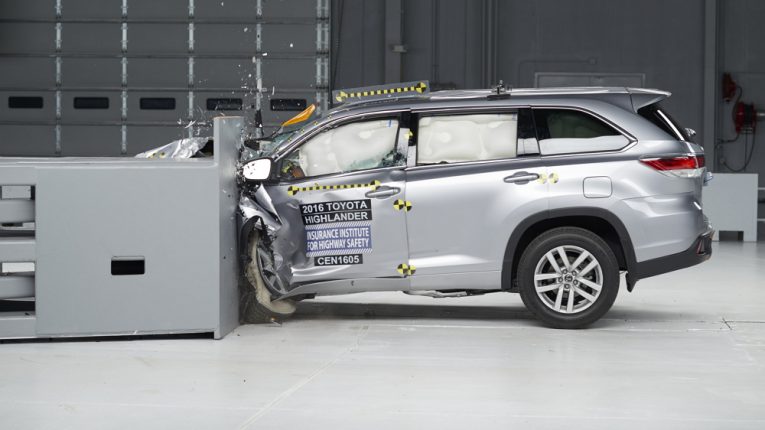 Last year’s model was also a TOP SAFETY PICK+, but the criteria for the award were tightened for 2016. Previously, an acceptable rating for small overlap protection was enough, but now a good rating is required. Toyota made structural modifications to improve small overlap performance for 2016.

During the test of the 2016 Highlander, the dummy’s movement was better controlled than in the test of the earlier model. The head hit the front airbag, which stayed in front of the dummy until rebound. In contrast, the dummy in the previous test slid off the airbag’s left side.