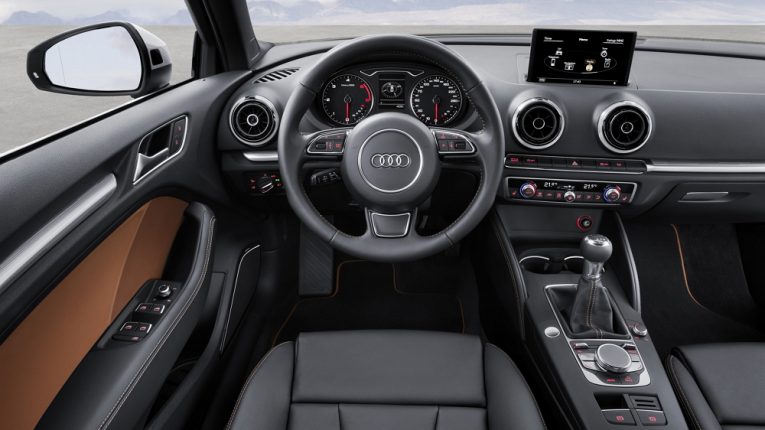 Audi and AT&T announced new data plans for the all-new 2015 A3 sedan, which debuts this month, and will enable the first-ever in-vehicle 4G LTE data connection in North America. The data plans will be competitively priced, starting at $99 for a 6-month plan and $499 for a 30-month plan.

Two limited data plans will be offered: a 6-month plan with 5 Gigabytes of data and a 30- month plan with 30 GB. All Audi A3 sedans equipped with Audi connect will receive a free six-month trial period. Previous experience with 3G+ Audi connect owners has shown they prefer either a 6-month or a 30-month term, which are designed to accommodate typical usage. Customers can be sent e-mail alerts if they near the data plan limit.

As previously announced, this summer Audi will become the first automaker to offer a Mobile Share data plan option to AT&T wireless customers who would like to add their vehicle to their existing Mobile Share plan.

The new A3 family will feature the most advanced version of Audi connect, including picture navigation, read-aloud news headlines, Facebook and Twitter alerts, access to more than 7,000 Web radio stations, personalized RSS news feeds, and more.

An accompanying mobile app will allow advanced functionality between the MMI system and smartphones, reducing the need for Audi motorists to handle their devices when accessing some smartphone-based features.