Home / DIY / 9 Things Everyone Should Know When Buying A Car 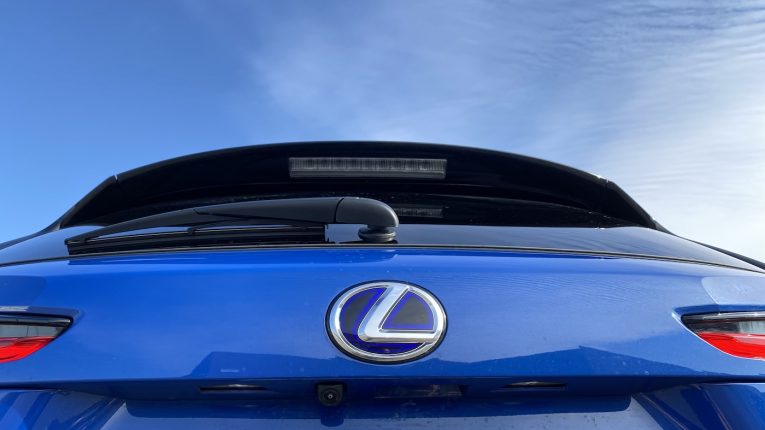 9 Things Everyone Should Know When Buying A Car

When buying a new car, there’s a lot you have to look out for. It’s a big investment, and you’re likely going to be relying on it daily, so it’s best that you make the right decision for you when you come to make the purchase. Everyone is different when it comes to driving, each has their own driving preferences, style, and different things they value when they’re behind the wheel, so you want to be well informed on what you find interesting! Not every car feels the same to drive, not every car has the same features, and some are going to cost a little extra if you want to have new features put in!

If you don’t like the idea of buying a car that someone else has already owned, and has been on the road for a few years or more, then buying a new car might be what you’re looking at. Buying new has its advantages, like the specifications, the warranty, and anything that the dealer may be willing to put in with the deal to incentivize the purchase! That said, buying a new car is going to be a lot more expensive than buying a used one, as they won’t have any previous damages or wear. When going for used cars many people prefer to finance them, as it means you won’t have to pay the full sum upfront.

When it comes to used cars, you have a lot more options to pick from out there, and there are many cars that might suit you. Just because a car has been previously driven for a few years and had many previous owners, doesn’t mean that you’re not going to make a quality purchase. Most people prefer to go for used cars, as they’re generally a lot cheaper than their new alternatives, and you’re only sacrificing the new feel – depending on what condition the car is in! Sometimes the car is a little beaten up, and that alone can bring down the price, which is great for someone who doesn’t really care what kind of car they’re getting and just need to get from A to B.

Financing a car is generally the option people go with when they’re buying expensive cars, and it allows you to pay for the car in installments instead of the whole sum at once. It’s great if you don’t have the money for a whole purchase right now, but still need a car, but there are many people who prefer to buy the car out-right instead. The main disadvantage of this is that you don’t really own the car the whole time you’re paying for it. Until it’s paid off, the car isn’t yours, you’re technically renting it – but that makes it easier to get rid of when you’re done with it!

If you’re looking to save money when buying a car, then you should be very conscious of how much you’re going to be paying for your fuel. Some cars take much less fuel to drive further distances, making them cheaper to drive, and the difference isn’t small either. Depending on the kind of car you’re going for, you could end up paying more than double for fuel than you would on a cheaper or economy-focused car. Fuel pricing isn’t going to be with the car, so this is something that you need to know before you think about making the purchase.

If you don’t know what to look for when you’re buying a car, having someone else go to inspect it might be the better move. It can be hard to find faults in a car when you don’t know much about engines and such. Could you tell if there was a fault in the engine? If there was a fault with the EGR valve? If not, better pay someone to check it out – or ask a friend or family member who knows a bit more! The last thing you want is to buy a car that works for a week and then lets you down, forcing you to spend money on servicing it.

One of the essentials when buying a used car is checking the MOT and service history of it online. It’s free to do and all you need is the license plate to check it. Here you can find out all you need to know about any problems the car had during its previous MOTs, telling you all the details about damages and such. For many people, this is a good way to tell if the car is something you should avoid, as some damages and problems cannot be fixed, so the car will still have them upon purchasing.

The feel of the car is important, especially if you’re passionate about driving or are going to be spending a lot of time making journeys in it. You want to make sure you’re comfortable, and driving it isn’t a struggle for you – so test driving it can be a great help when it comes to making a decision. You never know, you might get behind the wheel and decide you love it! Or the other way around, sitting behind the wheel and driving around might be a dealbreaker for you. You have a chance to get a feel for how the car drives, how it turns, breaks, accelerates; everything you need to know for a common driver!

There are so many places and options for cars these days, with the internet you can get your hands on nearly any vehicle that you want to! With that, you also have access to a wide range of options for the same car, allowing you to make comparisons between all of them. Checking dealership prices, owned car prices, refurbished car prices are all great ways to tell you the real value of the car, and what you should be willing to spend. You don’t want to be overcharged for a car when someone is selling it for 80% of that price!

A lot of people prefer their car to have extra features like a built-in infotainment system, it adds to the comfort of driving and can make the experience much more enjoyable. Having a screen that helps you navigate, but can also connect to your phone or another Bluetooth device so you can play your own music can change everything! Your comfort is important, and that alone can make any car significantly more comfortable for you! You don’t have to worry about getting lost, nor do you have to feel bored if you’re stuck in traffic.

Aside from those features, used cars sometimes struggle to keep up with things like air conditioning, or modern features like voice control. Sometimes these things aren’t built to last, and the car will need some extra money to be put in to have them repaired. It might not be a dealbreaker for you but it’s definitely something you should consider if you’re looking to get a lot from your car.

Car’s aren’t something you can just buy every day, you have to go through the paperwork, insurance, and tax just to be able to drive them on the road, so make sure you find the right one for you before buying! For some people, buying used cars is the best choice, and they’re able to get the most out of it like that. Financing a new car is a perfectly good option if you know what you’re getting into!

Share
Previous: Things To Do Before You Let Anyone Tow Your Car
Next: 4 Significant Changes in the Vehicles of Modern Times

More 804 posts in DIY category
Recommended for you

Meeting The Renewable Demand With The Factories Of Old

Renewable energy is on the rise and being seen in everything from cars to tourism.…