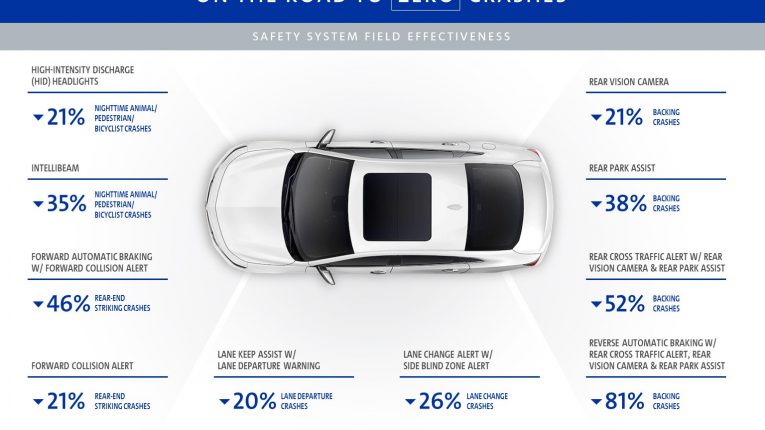 As General Motors moves toward its vision of a world with zero crashes, the company partnered with the University of Michigan Transportation Research Institute to understand the real-world effectiveness of some of its available active safety, driver assistance, and advanced headlighting features that may prevent or mitigate different types of crashes. The results show that several of these features are making a statistically significant impact in helping to reduce crashes.

After comparing the crash instances involving vehicles with and without active safety features, the study showed that certain features evaluated had an impact in preventing the types of crashes the features were designed to help prevent or mitigate.

“This study is groundbreaking in terms of the broad range of vehicles and active safety and headlighting features examined,” said GM Safety Technical Fellow, Raymond Kiefer. “The results show that the GM active safety systems evaluated are addressing a wide range of common crashes that cause a staggering amount of injuries, property damage and cost to our customers and society, putting GM well on its way toward a vision of zero crashes.”

“A key finding of this work is that we can make substantial gains in safety through deployment of advanced driver assistance systems such as forward and rear emergency braking, rear cross-traffic alert, and others. In addition, we found that the more automated the system, the greater the benefits,” said UMTRI Research Associate Professor, Carol Flannagan. “This work looked at reduction in crashes associated with systems already in the hands of drivers in real-world driving environments. Our working relationship with GM is critical to our ability to evaluate the effects of these systems, and we hope that what we learned can motivate more widespread deployment of the most effective technologies.”

Smarter, safer vehicles will play a critical role in helping to save lives now and in the future. These technologies are critical to GM’s vision of a world with zero crashes, zero emissions and zero congestion. 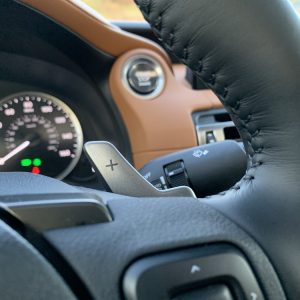 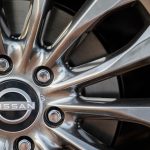 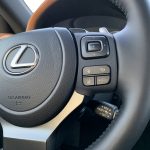