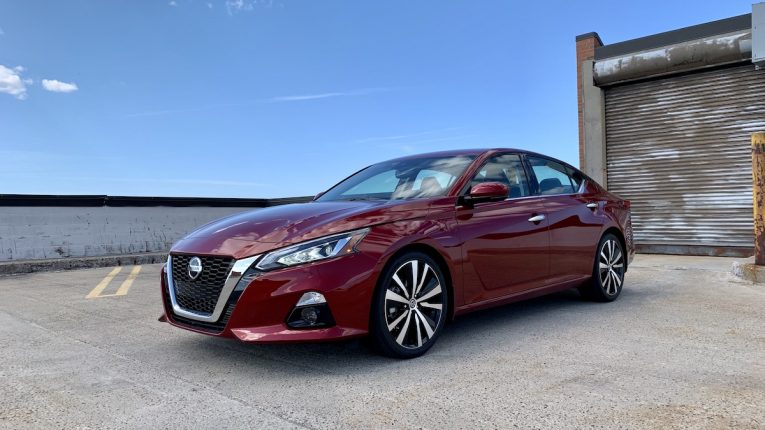 Nissan is bringing excitement back to the mid-size sedan segment with the launch of the 2019 Altima. This Altima is entirely new, with technology oozing out of every corner.

We had the opportunity to sample the Platinum trim with the new, award-winning variable compression turbo engine also featured on the Infiniti QX50.

Having driven several generations of the Altima, the expectation is that the newest would of course, be the best. We’re happy to report that the bar has been raised.

Under the hood is a new variable compression turbo (VC-T) engine that replaces the tried and true VQ six-cylinder engine which has been in Nissan vehicles for decades. It still sounded sweet and pumped out plenty of power, but by today’s standards, the fuel economy just wasn’t there.

Not only is the VC-T engine powerful, but the fuel economy it returned in the real world was jaw dropping. We easily averaged 34 mpg in mixed urban and highway commuter traffic, which is right at the top of the EPA’s 25 mpg in the city, 34 mpg on the highway, 29 combined rating.

Initial power delivery isn’t rocket-like, but it builds up fast and smooth. We liked the smooth start over the jittery tip-in of many of today’s vehicles. There’s no special drive modes or buttons to fiddle with for adjusting throttle and steering calibration. The Altima is simple, retaining an old-school automatic shifter that everyone knows how to use, and we appreciate that.

Nissan says the VC-Turbo was in development for 20 years. It works seamlessly, with the driver having almost no insight into the engineering marvel going on under the hood. The only indicator is a turbo display under one of the many instrument cluster menus. The engine delivers 248 horsepower and 280 lb-ft of torque on premium.

Those that don’t opt for the VC-T engine or want the newly available AWD system have to go with the 2.5L four-cylinder which produces 188 horsepower and 180 lb-ft of torque (both more than the last-gen Altima), and features 80% new or redesigned parts.

More than just the gains in power output, the new engine offers improvements in NVH, fuel economy, and emissions. It’s also assembled near where the Altima is, in Decherd, Tennessee.

The folks in product planning also knew one of the main selling points with crossovers is AWD, so now Altima can be equipped for the first time ever with Intelligent AWD. As of right now it can’t be linked up to the variable compression turbo engine though.

The AWD system is available in all trim levels (thank you!) equipped with the 2.5-liter 4-cylinder engine. The system uses an advanced torque split control strategy that automatically redistributes torque to the wheels (100% front and up to 50% front/rear) depending on road and driving conditions determined by the multitude of sensors. The brakes are also used like a limited-slip differential and Hill Start Assist comes in for hills starts and rough roads.

All Altimas come standard with a next gen CVT, which has an expanded lock-up area for improved efficiency. Paddle shifters are only available with the sporty Altima SR.

Another area where the Altima is ahead of the pack is with Nissan Intelligent Mobility. ProPILOT Assist, one of our favorite hands-on drive assist systems, has finally migrated over from the Rogue.

We’re huge fans of this system ever since it debuted on the Rogue. It makes commuting in traffic and general highway driving a lot less stressful by handling much of the steering and braking, but still requiring hands and eyes on the wheel and road. It takes the edge off, and you realize what a great asset it is after just using it once.

Rear Automatic Braking (RAB) is new on the Altima and uses the sensors in the rear bumper to detect how close something is, then hits the brakes if the driver doesn’t react in time to avoid hitting it. Intelligent Around View Monitor (I-AVM) is standard on our Altima Platinum tester and makes parking a lot easier.

Another one of our favorites is the Traffic Sign Recognition system that provides the most recent speed limit information detected by lane departure system’s camera. The information from detected signs is shown in the Advanced Drive Assist Display. Interestingly, on Altima’s equipped with navigation, the speed limit display is based on a combination of nav system data and camera recognition. Hopefully that’ll make speeding tickets a thing of the past!

Inside, the 2019 Altima interior offers a plush, luxurious feel in both design and materials. The layered and more horizontal “gliding wing” instrument panel and overall layout feels roomy and less like being in a cocoon. Everything we touched felt high quality and well-executed.

Bose Premium Audio with nine speakers, including a digital amplifier, and Active Noise Cancellation do an incredible job of filling the cabin with beautiful sounds and blocking out the ones we don’t like.

Apple CarPlay and Android Auto are standard, and easy to use on the 8-inch high-mounted display.

Lastly, NissanConnect Services powered by SiriusXM connect your smartphone and smartwatch to the Altima for access to features like Remote Engine Start/Stop, Remote Door Lock/Unlock, Valet Alert, and more. Certain remote features are even accessible through the NissanConnect Services Amazon Alexa Skill and Google Assistant Action. 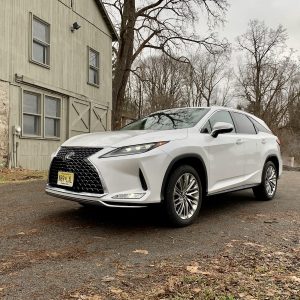 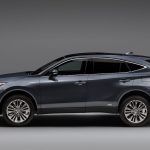