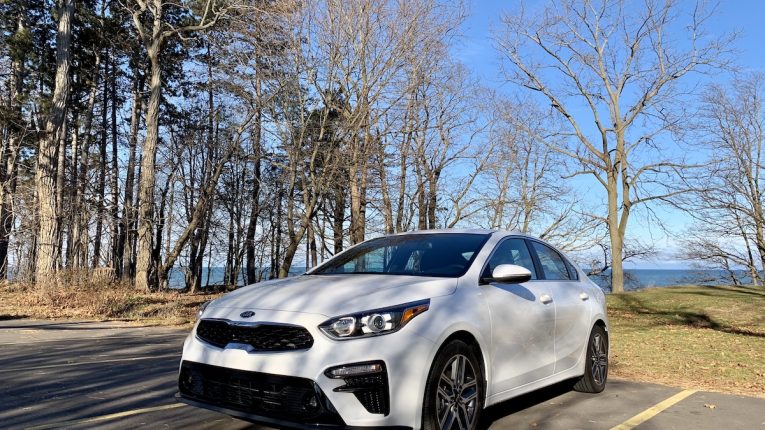 The redesigned 2019 Forte enters its third generation with a more sophisticated design, a higher level of technology, and standard driver assist safety tech. Forte now offers drivers a higher level of comfort and Kia Drive Wise technologies that are aimed to make the journey more rewarding and upscale.

While the third-generation Forte retains its sporty and youthful image, it has graduated to a more sophisticated appearance thanks to a number of sleek and dynamic styling cues inspired by the Stinger fastback sport sedan.

Lauded in the auto industry for its excellence in design, the Stinger is a product fueled by Kia’s bold and adventurous spirit, and Peter Schreyer’s global team of designers translated elements of the Stinger’s design language onto the compact to give it a commanding road presence.

Enthusiasts know that the right proportions are key, and like the Stinger, Forte’s long hood and short deck lend it an overall fastback-like shape. The cowl point was moved back five inches, creating a more athletic stance that makes the Forte appear well-planted to the ground.

Creases in the hood contribute to the Forte’s muscular appearance while the combination of a newly designed signature tiger nose grille and aggressive black lower valance enhances its individual character. We like the Stinger-inspired headlamps, while separate turn signal indicators are mounted near newly designed air curtains that help improve aerodynamic performance.

Around back, the rear bumper gets the same treatment with separate reverse and turn signal indicators located beneath the taillights. Similar to the Sportage compact crossover, a sleek horizontal trim piece connects the taillights.

Creating the fastback shape strengthened the Forte’s exterior appearance, but it also gave engineers an opportunity to expand the occupant compartment in several key areas so passengers are treated to a comfortable space. Overall length has increased by 3.2 inches to 182.7 inches, allowing for more rear legroom and additional cargo in the trunk.

With 15.3 cu.-ft., cargo room is among the largest in the segment and generous enough to accommodate gear for a group of friends on a road trip or a growing family. Additional rear headroom results from increasing the overall height to 56.5 inches, while the overall width has grown to 70.9 inches.

While the extra 0.8 inches of width may not be noticeable to the naked eye, the newly designed layout of the dashboard paints a picture of a wider interior space.

Again drawing inspiration from the Stinger, a horizontal theme creates a sense of openness and avoids clutter with clean lines and minimal buttons that are intuitively placed below an 8-inch touchscreen.

We love the multi-level heated and ventilated seats; Forte has always offered them and remains the only compact car to offer both. A power seat with power lumbar is standard on EX too.

Storage spaces are plentiful and the glovebox is illuminated–a rarity in this class.

The 2019 Forte strengthens its bones over the older model with additional hot-stamped components and 54% Advanced High-Strength Steel. The IIHS awarded the 2019 Forte the highest designation again thanks to all the updates Kia engineers made, including better headlights and standard collision prevention tech.

Because body stiffness plays a major role in NVH performance, engineers worked to increase rigidity for a quieter cabin and better handling tuned to match the Forte’s sporty and dynamic exterior appearance, resulting in a 16 percent stiffer body in white.

Steering feel is upgraded thanks to enhancements within the Motor Driven Power Steering (MDPS) system that reduce artificial steering feel and friction. Reworked suspension geometry provides a quick and nimble behind-the-wheel feel and evolutionary improvements were made to throttle and brake feel performance, yielding a smoother initial response at tip-in.

Under the hood is a second-generation 2.0-liter Nu four-cylinder engine that benefits from Atkinson Cycle technology and a cooled EGR system. Typically applied to hybrid and electric vehicles, the Atkinson Cycle and cooled EGR technologies are designed to help boost fuel efficiency in a variety of situations. The new engine can be paired to a standard six-speed manual or the Intelligent Variable Transmission (IVT) in our vehicle.

Waiting before developing Kia’s own continuously variable transmission allowed engineers to research issues often associated with CVTs and apply their findings in the application used in the Forte.  One of the main criticisms is that they can create a rubber-band-like feel, and in an effort to address this issue, engineers built the IVT with adaptive style shift logic with a chain-type belt instead of push belt, a first in the compact class.

This results in smooth and linear acceleration, and for a more enjoyable and sporty driving experience, a step-shift-like feel mimics a conventional automatic at wide-open throttle or when more acceleration is needed.

Noise is another issue CVTs can sometimes face and engineers worked hard to reduce this in the Forte by wrapping the transmission case in a sound-insulating cover to help quiet the typical “drone” associated with this tech from other manufacturers.

Horsepower and torque remain unchanged from the 2018 Forte, putting out 147 horsepower and 132 lb-ft. of torque. Without sacrificing engine performance, the Forte delivers improved EPA estimated combined MPG ratings all around. Our EX tester is rated at 30/40/34 mpg city/highway/combined, and we averaged 39 mpg in our mixed driving.

Staying connected with advanced technology and infotainment features allows the driver to dedicate their attention to the road ahead. In that regard, the Forte comes standard with an 8-inch color touchscreen with support for Android Auto and Apple CarPlay. We found the system to work perfectly with Kia’s integrated software. An available wireless charging tray for Qi smartphones is available, but a cord will still be needed for projecting to the screen.

More Advanced Driver Assistance Systems (ADAS) are available like Smart Cruise Control (SCC), but our vehicle wasn’t equipped with that package. We sure they work beautifully like other Kia vehicles.

Share
Previous: How To Prep Your Car For Sale
Next: Things That You Should Never Do Whilst Driving (But Sometimes Do Anyway) 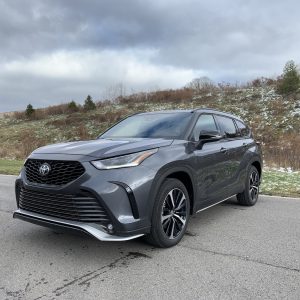